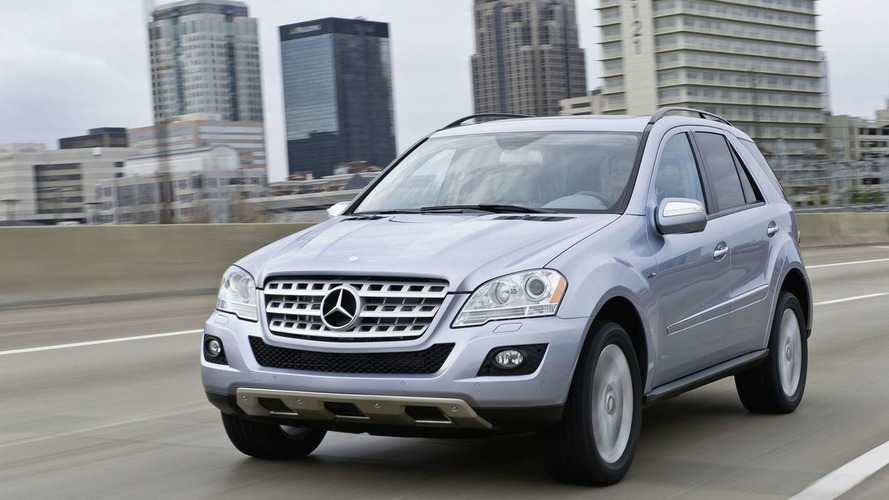 The 2009 NYIAS sees a new product onslaught from Mercedes-Benz not witnessed in a long time. The lineup includes the ML 450 Hybrid, E250 BlueTEC and the 386kW E 63 AMG.

Mercedes-Benz has launched the new E 250 BlueTec at the 2009 New York International Auto Show. Also being shown are the ML 450 Hybrid, the E 63 AMG, the updated GL-Class, the 2010 E-Class sedan range and E-Class Coupe.

The ML 450 Hybrid was designed specifically for the US market and uses a hybrid system in conjunction with a normal gasoline/ petrol engine. It produces 250kW (340hp) and combined maximum torque of 517Nm. The SUV can use only electric power or the petrol engine or a combination of both under a given set of different circumstances. Mercedes-Benz says it gives fuel consumption numbers of 21mpg and 24mpg for city and highway driving respectively. The ML 450 Hybrid is the same car as other MLs overall, apart from a redesigned bonnet and HYBRID lettering at the rear.

Referred to as a concept, the E 250 BlueTEC CDI has a four-cylinder turbo diesel engine. It is claimed to boast fuel economy figures of 28mpg in city driving and 39mpg on the open road when mated to the 7G-Tronic automatic transmission.

The E-Class range is being introduced through the NYIAS as well, including the brand new E-Class Coupe with no B-pillars and a Cd figure of just 0.24.