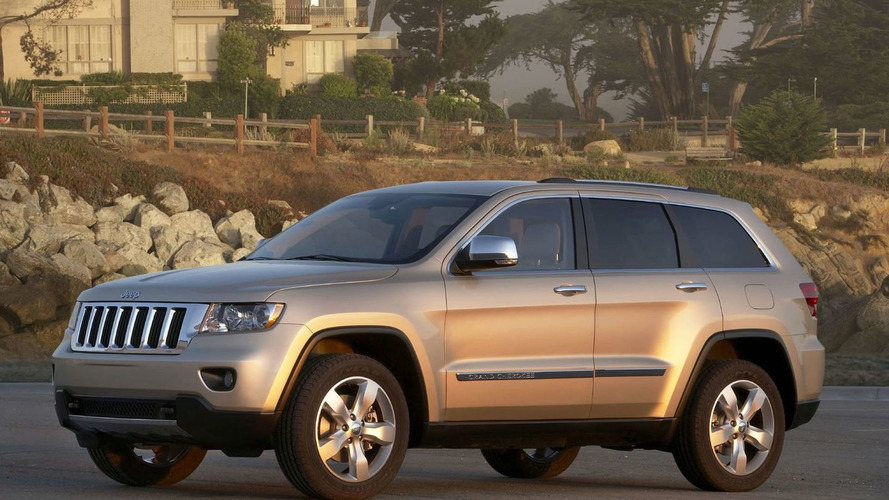 Based off the same underpinnings as the Mercedes-Benz ML, the new Grand Cherokee rides on a 114.8-inch wheelbase which represents an increase of 5.3 inches in length compared to the previous generation. This pays huge dividends in terms of rear passenger comfort, as the new model features 4 additional inches of rear-seat knee and leg room. Other benefits of the enlarged platform include larger door openings for improved access and an extra 6.8 cubic feet of room behind the rear seats (for a total of 36.3 cubic feet).

Two different engines will be offered in North America. The base engine is an all-new 3.6-liter Pentastar V6 engine which produces 280 horsepower (209 kW) and 260 lb.-ft. (353 Nm) of torque. Although Jeep failed to provide official fuel economy estimates for the new engine, they did say it will offer up to an 11 percent increase in mileage compared to the current model 3.7-liter V6. For owners wanting more performance, the 5.7-liter HEMI V8 with 360 horsepower (268 kW) and 390 lb.-ft. (520 Nm) of torque will be available. International customers will also get the choice of a diesel engine, but so far there is no official information as to what it will be.

Outside, the new exterior boasts a modern appearance while still resembling the WJ Grand Cherokee which was produced from 1999-2004. Perhaps the most controversial angle will be the sport-ute's front-end as the small grille, headlights, and fog lights seem tiny compared to the vehicle's overall size. Thankfully from the A-pillar back, its classic Grand Cherokee styling as the sides feature a sculpted appearance while the rear comes with attention grabbing taillights and unstated chrome trim.

Inside, the updated interior appears vastly superior to the outgoing Grand Cherokee as the new model features higher quality materials and an improved design. While the silver plastic trim on the center console will likely draw criticism, the overall appearance seems to be acceptable for its class. Among the key interior options are an Onstar-like "uconnect guardian" telematics system, a CommandView panoramic sunroof, and a power operated rear tailgate. The high-spec Overland model comes equipped with a heated steering wheel, heated and ventilated front seats, heated rear seats, four-way power lumbar controls, rain-sensing wipers, Keyless Go, a rear-view camera and a power tilt/telescoping steering column with memory.

Be sure to check out the press release for full details