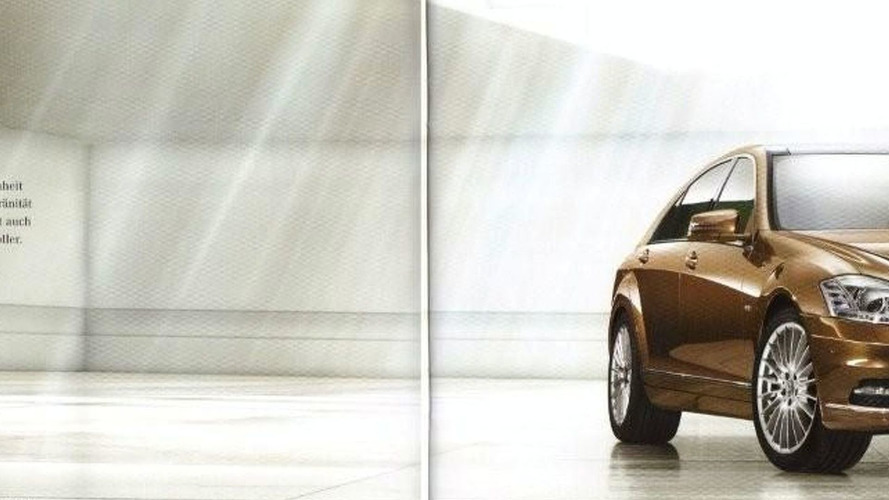 Facelifted S-Class will come with a litany of technology options and an S400 Bluehybrid version that rates a fuel economy of 7.9 liters/100 km. The new S-Class is expected to arrive in showrooms later this year.

With the new E-Class just released with more bells and whistles than one can possibly master during those brief years of actual ownership, Mercedes had to be sure the upcoming 2010 S-Class would live up to its reputation as the ultimate full-sized luxury sedan.

Now, thanks to a leak and a scan from a loyal German reader, we have a sneak peek at the brochure for the facelifted S-Class and all that it entails. The litany of technology is there, from Splitview-screen entertainment system, to the parking management assistant with a rear-view camera, to other driver aid tools like Pre-Safe braking, Lane-Departure warning system, LED parking lights and Adaptive Beam Assist.

The lineup of engines also remains another long list, though, it seems, the S320 CDI and the S420 CDI have been axed. The S400 Bluehybrid version has already been announced which rates a pretty impressive 7.9 liters/100 km fuel economy. The S400 Bluehybrid features a 3.5 liter V6 engine with 279 hp and 385 Nm of torque developed with the help of a 20 hp electric motor.

The new S-Class is expected to arrive in dealer showrooms later this year.