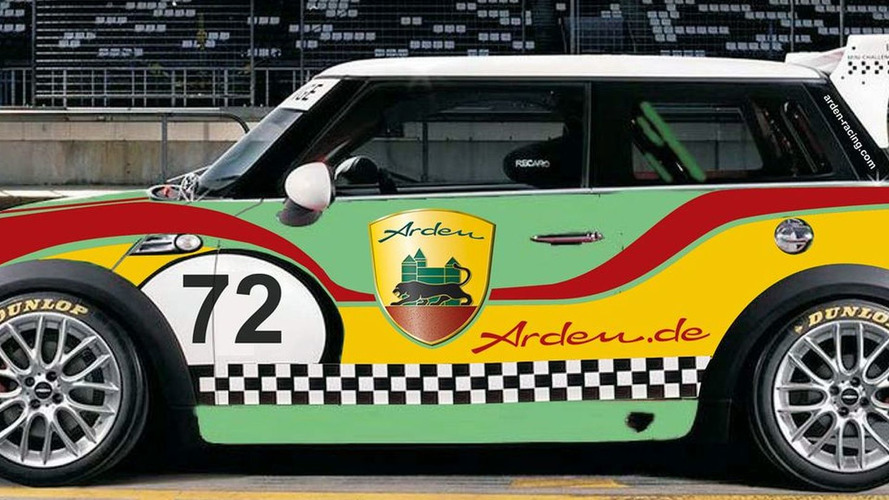 Jaguar and Land Rover tuner Arden has announced plans to produce a modified MINI Cooper S in conjunction with its entry in the MINI Challenge Cup series for 2009.

As the market for "premium compacts" begins to get more respect (perhaps driven in part by the need for more fuel-efficient vehicles that still provide exclusivity and luxury for well-heeled consumers), some exclusive tuning firms are turning their attention to smaller vehicles than they've traditionally worked on. One such tuner is Arden, whose focus has been on modified Jaguar and Land Rover products since 1981. Though it's going small, the German tuner has been sticking with British vehicles (of a sort), and has just released a modified MINI Cooper aimed at drivers who consider themselves "gentlemen and ladies."

Arden's modified MINI takes its inspiration from E. Piro (not to be confused with Emanuele Pirro), multiple winner in the MINI Challenge's "Gentleman Driver" class for racers over 50. Based on the MINI Cooper S, the Arden MINI is heavily influenced by the MINI Cup racers, and the company will be competing in the 2009 series with Piro at the wheel with the car pictured.

The Arden MINI gets a sport suspension, lightweight 8x18-inch Arden Design alloy wheels and a steel sport exhaust. Performance upgrades are available for the 172-horsepower 1.6 liter turbocharged engine as well. The MINI's interior is spruced up with Connolly leather, noble wood and carbon fiber trim. Like Arden's other products, the materials are hand-processed in-house.

We don't have any additional details yet, but expect more info closer to the car's projected fall-2009 release date.