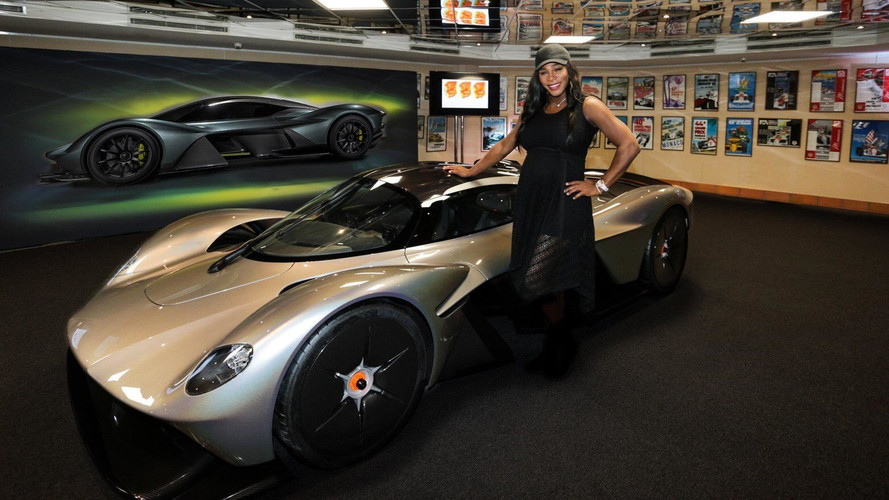 Almost 1,000 of the entire horsepower will come from Cosworth's naturally aspirated 6.5-liter V12.

The Holy Trinity of hypercars has long been discontinued, but other high-end automobiles are in the works as we speak. McLaren is prepping a spiritual successor of the F1 with three seats while Aston Martin is developing this, the Valkyrie. What do the two have in common? They’re both sold out, obviously.

Our colleagues from Road & Track have learned from a person familiar with Gaydon’s plans some of the much important technical specifications of what will be an amazing machine with road-legal status. The Cosworth-developed V12 engine is going to develop close to 1,000 horsepower and will work together with an F1-styled kinetic energy regeneration system (KERS) good for an extra 130 hp. With an estimated 1,130 hp and a curb weight of just 1,030 kg (2,270 lbs), it means the Valkyrie will have a power to weight ratio better than one hp per each kg.

If the street-legal version is not hardcore enough for you, Aston Martin is prepping a more intense track-only car, which will have an even more advanced aero pack with a massive rear wing and a beefy front splitter. It will sit closer to the road than the road-going model and AM has made the promise it wants the track version to be just as quick as an LMP1 car around Silverstone.

Production is going to be capped at just 150 road-legal cars, thus making the Valkyrie considerably more exclusive than the Porsche 918 Spyder (918 cars), LaFerrari (500 cars), and the McLaren P1 (375 cars). An additional 25 cars restricted to the track will be made.

Customer deliveries are scheduled to commence in 2019, but we won’t have to wait until then to see the production-spec car (previously known as AM-RB 001) since Aston Martin will supposedly bring one next year at Le Mans to complete the first lap of the endurance race.

The Valkyrie will eventually get a baby brother, but that won't happen until after the end of the decade.