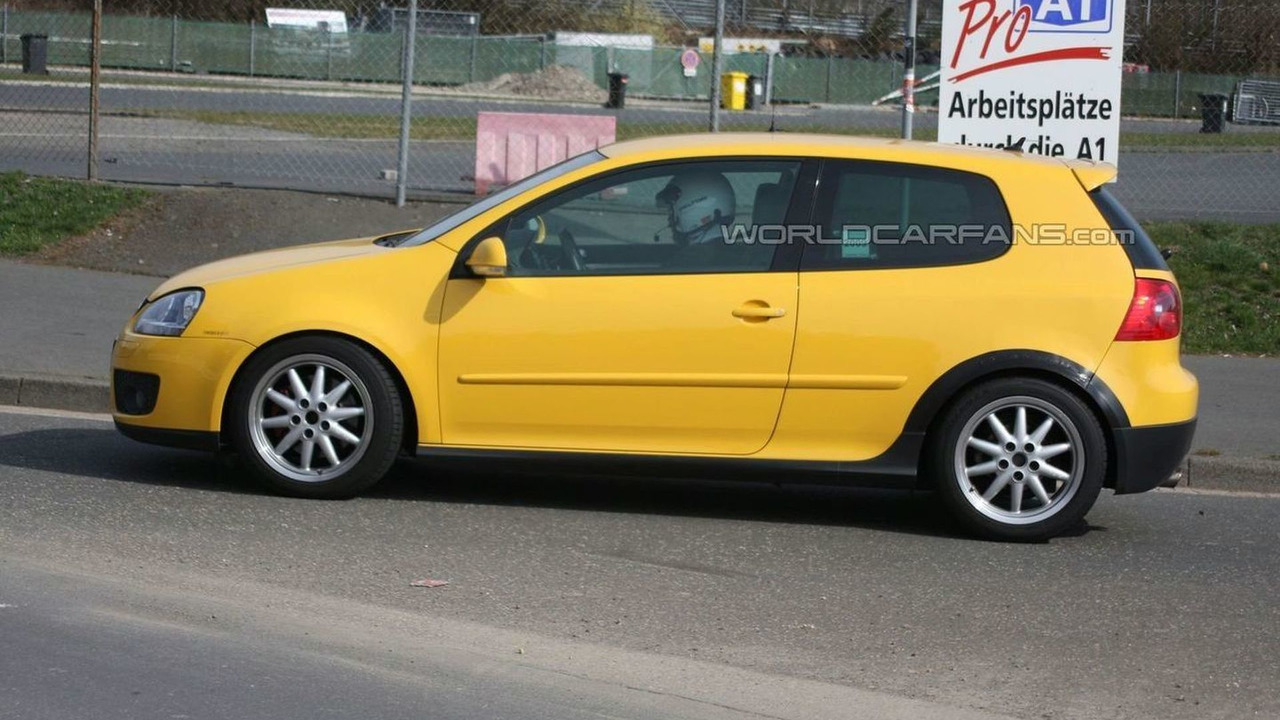 A yellow Volkswagen Group mule has been spied on the road. The car is dressed like a Golf V GTI but is obviously not. Are we seeing a production version of the 2009 BlueSport concept?

The rumour mill has been set abuzz by the appearance of this Volkswagen test mule. Disguised as a Golf MkV 3-door GTI sporting a wider rear track, the mule could actually be any upcoming VW Group car at this point.

Topping the list of suspects is the production version of the VW Concept BlueSport Roadster that was unveiled at the 2009 North American International Auto Show in Detroit.

The Concept BlueSport is a small two-seater sports car with ambitions of becoming more popular than the Mazda Miata/ MX-5. For the purposes of the show, it was fitted with a 2.0-litre TDI engine making 180PS (132kW) and producing C02 emissions of 113g/km.

Another strong contender would be the Audi R4 mid-engined sports car which would fall below the R8. The two vehicles would share the same platform so there is potential of this spied car being an R4 mule.

Seat is not left out of the speculation either. For the VW Group's Spanish brand this roadster nicknamed, Salsa, after the 2004 concept car, is allegedly to receive the front end design of the Bocanegra concept.

Since the speculation train is going full speed, why not throw in a Porsche derivative of the classic 914.  The 914 has recently graced WCF pages for its 40th anniversary, and with the growing synergies between Porsche and VW lately, why can't this be a possibility?

What lies under this yellow skin, as always, will become clearer with the passing of time.

[UPDATE]  Further analysis from one of WCF's spy sources has concluded that a Bluesport roadster or any of its sister brand variants is highly unlikely since this prototype is a hatchback with a front mounted engine. This would be contrary to the Bluesport's mid-engine format. Additionally, this same yellow Golf V was spotted a year ago parked outside of Porsche's Nürburgring facility. At the time spies believed it to be a Golf VI GTI mule, but now we know that's incorrect as the vehicle has already been premiered. If the Bluesport roadster was truly in development, a more likely host body would be the Porsche Boxster. Despite this new information, the real identity of the prototype remains unknown.