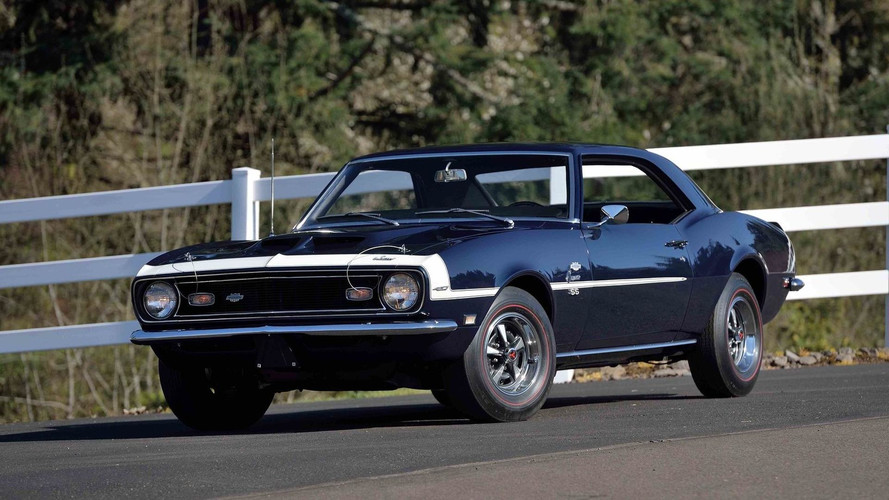 The price is quite strong given other recent Yenko Camaro auction results.

Don Yenko’s modified Chevrolet Camaros are among the muscle cars that collectors covet the most. One of these rare coupes recently topped Mecum Auctions’ sale in Portland, Oregon, by selling for an impressive $395,000.

This 1968 Yenko Camaro is one of 64 made that year, and according to Mecum just 20 of them are still on the road. It’s in a gorgeous shade of Fathom Blue with white accents and a black interior. The real jewel is under the hood, though. General Motors’ L72 427-cubic-inch (7.0-liter) V8 pumps out 425 horsepower (317 kilowatts) and routes with a four-speed manual. At the back, a 12-bolt rear end with 3.73 gearing and GM’s Positraction limited-slip differential gets the ample power to the ground. Power disc brakes help when it’s time to haul down this beast.

According to Mecum, this is an early rear-spoiler-only car. It also has Yenko’s fiberglass hood. The coupe received a rotisserie restoration, and the work even earned a Gold Award at the Camaro Nationals. All the effort makes for an absolutely beautiful classic muscle machine.

Yenko’s Camaros were special because he built the muscle cars that Chevy didn’t offer from the factory. Part of this strategy included using GM’s Central Office Production Order system to get the L72 V8 into the car, which weren’t widely available to buyers. In total, Yenko built 201 of these special vehicles from the 1967 to 1969 model years.

WALWORTH, Wis. – June 21, 2017 – Mecum Auctions was in Portland this past weekend with an impressive lineup of 461 classic and collector cars. The two-day auction at the Portland Expo Center achieved $7.9 million in overall sales totals topped by a 1968 Chevrolet Yenko Camaro (Lot S125) that brought $395,000.

The well-documented, four-speed Yenko certainly stole the show in its intense blue-on-black color combination and award-winning condition, but a rare 1970 Chevrolet Chevelle LS6 (Lot S130) was another auction favorite and demanded a high bid of $125,000. Plymouths and Chevrolets dominated the top 10, but a beautiful Hemi-equipped Desoto Fireflite convertible (Lot S134) also made the list coming in at $68,000.

The complete top 10 sales at the Portland 2017 auction include (individual prices do not include buyer’s premiums):