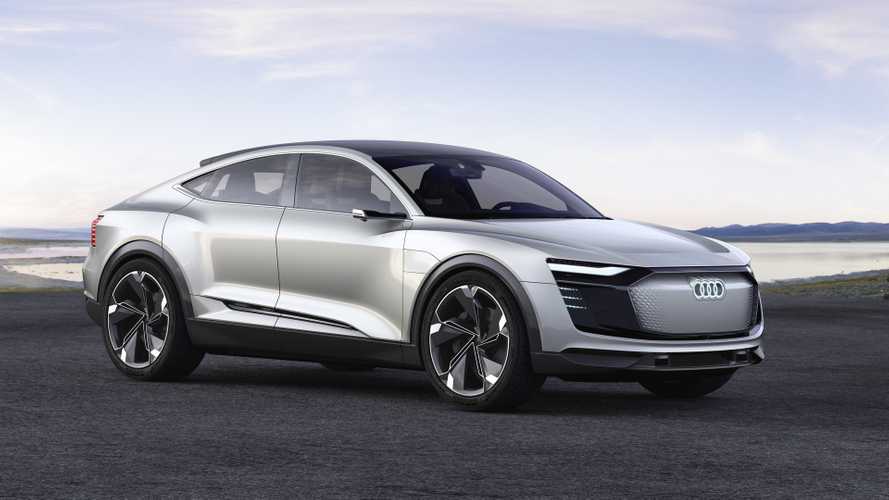 It will follow the E-Tron Quattro set to hit the assembly line next year.

After the demise of the R8 E-Tron last year, Audi no longer has a fully electric model to call its own. That will change next year when the E-Tron Quattro zero-emissions SUV will hit the assembly line at the factory in Brussels, Belgium. It will be joined from 2019 by its sleeker counterpart, the E-Tron Sportback unveiled a few months ago on the occasion of Auto Shanghai.

Billed as being a “four-door gran turismo,” the production model will take after the showcar that had an electric powertrain with 430 hp (320 kW) or as much as 496 hp (370 kW) with the boost mode activated. The full electric punch enabled the E-Tron Sportback to reach 62 mph (100 kph) in just four and a half seconds, but we’ll have to wait and see whether the actual production model will be able to match those numbers.

As with all EVs, the biggest concern for most people is range anxiety. In this case, it shouldn’t be much of an issue as Audi said the concept can cover more than 310 miles (500 kilometers) between charges thanks to its large 95-kWh lithium-ion battery pack. However, it’s important to point out that number was based on the New European Driving Cycle (NEDC) and we all know that’s not actually entirely accurate. In order words, range in the real world will be lower and it will obviously depend a great deal on a number of factors.

While the concept’s exterior design is quite interesting, don’t expect the road-going E-Tron Sportback to look just as nice. For starters, those sleek side cameras will be replaced by conventional mirrors while the huge 22-inch alloy wheels will likely lose a couple of inches. In addition, the production model is expected to feature regular door handles and some changes inside the high-tech cabin. That being said, the dual touchscreens might actually survive since the new A8 is about to start that trend.

We will get a better idea about the car’s looks and hardware next year when the E-Tron Quattro will be launched. Further down the line, Audi could decide to spice up its EV portfolio by doing a supercar to fill in the void left by the slow-selling R8 E-Tron.

Audi is expanding its model portfolio with a new e-tron-model. Production of the Audi e-tron Sportback will start at Audi Brussels (Belgium) in 2019. That Audi plant will therefore be responsible for producing a second fully electric model. The Audi e-tron electric SUV will drive off the assembly line there as of 2018.

In addition to the Audi e-tron, the brand is integrating a second, completely new electric car into its existing production network – the Audi e-tron Sportback – and is thus enhancing its competitiveness in this important future segment. “With the decision on the Audi e-tron Sportback, we are showing that Audi takes the issue of electric mobility seriously. A second battery-electric model will lead to optimal capacity utilization at our plant in Brussels,” stated Prof. Dr. Hubert Waltl, Member of the Board of Management for Production and Logistics at AUDI AG.

The basis for the new e-automobile is the Audi e-tron Sportback concept design study, which the company unveiled at Auto Shanghai 2017. This versatile concept car is a four-door gran turismo with 320-kilowatt electric drive. The coupe’s design language combines Audi elements with groundbreaking details. The technology and package of the electric drive are tailored to fit the car’s architecture.