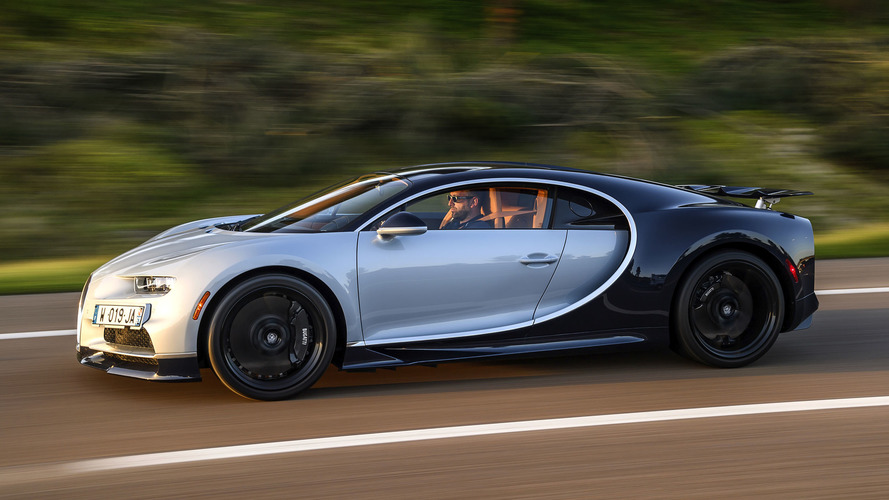 Company test driver, Andy Wallace, predicts the Chiron will do more than 280 mph with the current rubber.

The Bugatti Chiron comes with an electronic top speed limiter that kicks in at 237 mph (381 kph), which is still super impressive. If you use the “top speed” key that slots into the doorsill, the limiter is loosened up and the hypercar can do a still capped 261 mph (420 kph), or 3 mph more than the Veyron Super Sport World Record Edition (WRE). But the car is actually capable of going beyond that velocity, with company’s test driver Andy Wallace telling Popular Mechanics an unrestricted Chiron with the current production tires will hit a little over 280 mph (450 kph).

He predicts Michelin’s engineers are going to vouch for that speed between now and sometime next year when Bugatti will try and take down the record for the fastest production car ever made. As it was the case with the unrestricted Veyron Super Sport hitting 268 mph (431 kph) back in 2010, the attempt will take place at the same 13-mile Ehra-Lessien test track that belongs to the Volkswagen Group.

Andy Wallace believes the Chiron can actually surpass that Michelin-approved 280+ mph top speed, but it needs more advanced tires. We can only hope the tire technology will eventually catch up to unlock the full potential of the 1,479-horsepower beast and allow it to reach the magical 300-mph (483-kph) barrier. A Chiron Super Sport or something to that effect would be suitable to hit the impressive threshold.

Hennessey also wants to play in the 300-mph league with the forthcoming Venom F5, which unlike its Lotus-based predecessor, it will be an in-house design developed from the ground up. The car is going to be unveiled later this year, but it’s not known at this point when it will actually try and establish a new world record.