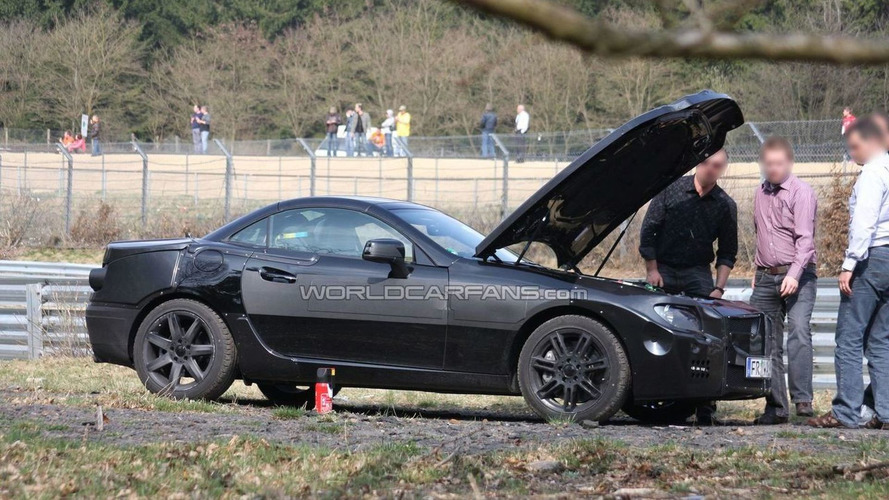 Spies have caught the 2012 Mercedes-Benz SLK at the Nürburgring. Mild drama ensued when smoke broke out from the bonnet. A fire extinguisher had to be used to put it out.

The next-generation Mercedes-Benz SLK was spied testing at the Nürburgring. Not much testing was completed though because after only one lap the engine started giving out smoke. The car came to a complete stop on a section of the ‘Ring called Brünnchen. Thereafter one of the occupants leapt out of the car with a fire extinguisher and put out whatever was causing the smoke.

The mishap provided good photo opportunities for the spies. The SLK had been shot while on the way to the track, while on the track and then off it. Later on more pictures were taken outside the garage where the fire damage was being assessed by the driver and technicians.

It is speculated that for the first time in its history the SLK will also be offered with a turbo diesel engine. This is in addition to naturally aspirated and force-fed petrol ones, including a rumoured 350kW (476hp)-plus 3.5-litre twin turbo for the AMG version. The new SLK will be launched in 2012.