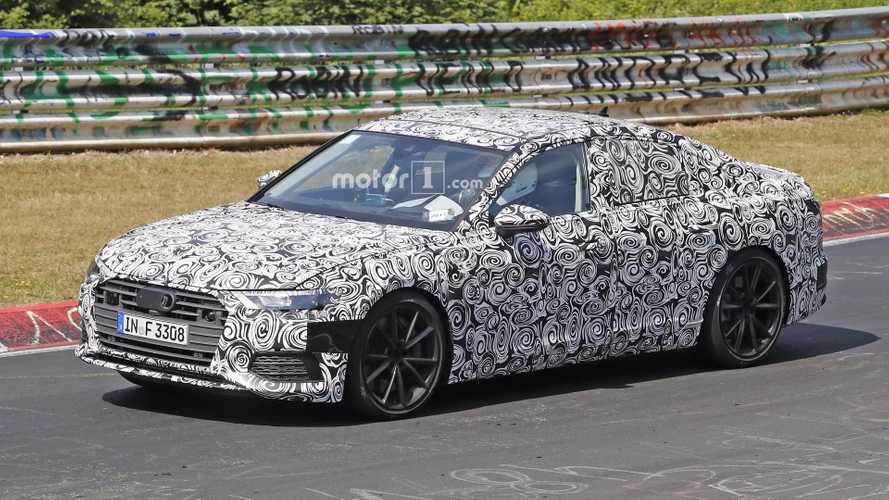 The fully camouflaged prototype was rocking a sporty exhaust system with four tailpipes.

It was only yesterday when our shutterbugs spotted the all-new Audi A6 stretching at the Nordschleife and now its hotter S6 counterpart has been immortalized while flexing its muscles on and near the track. Interestingly, the cars appear to have just about the same body, with the only differences being the menacing quad exhaust system and the alloy wheel design also seen on a prototype of the S7 Sportback. It might mean the car from yesterday was also an S6 sans the beefy exhaust, but one can never be too sure when dealing with test vehicles.

This one too sits very low to the ground and is clad from front to back in Audi’s typical psychedelic camo to hide the updated sheet metal. Speaking of which, a new styling language is set to debut as early as next month with the next-gen A8 and it will followed in the fourth quarter of the year by the sleek A7 Sportback. The A6 will also switch to the new corporate image at some point in 2018 and most likely the S6 will be out in 2019.

The new Audi S6 has a gym membership and is putting it to good use as the MLB Evo platform will enable the sporty midsize sedan to lose a few. Not only is it shaving off some of the fat, but it’s also gaining more muscle as its successor will likely have more than the 450 horsepower generated by the biturbo V8 4.0-liter engine in the current model.

The identity of the mill is not known at this point, but the next S6 might downsize to a six-cylinder engine and still push out more power. Even if it won’t actually gain more punch, the weight loss alone will make the performance sedan quicker. We will get an idea about the S6’s engine when Audi will take the wraps off the aforementioned S7 Sportback, though that won’t happen for at least a year from now.

In the meantime, all eyes are on the new A8 debuting July 11 in Barcelona. 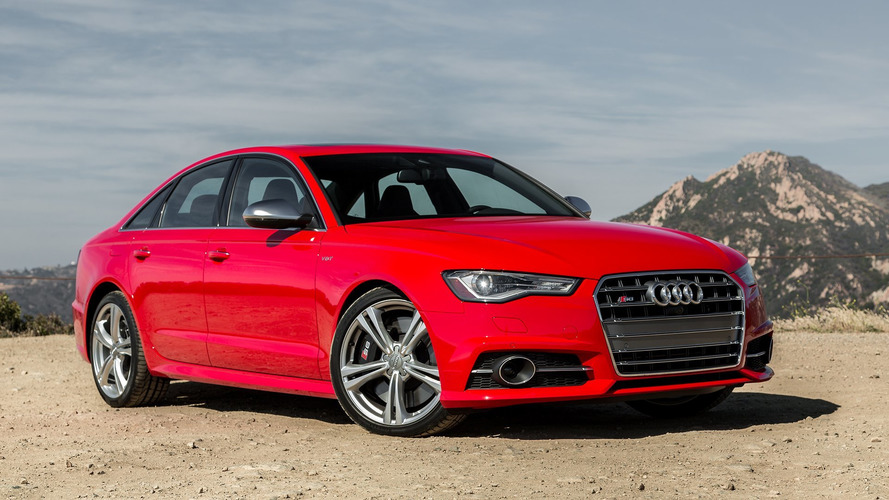