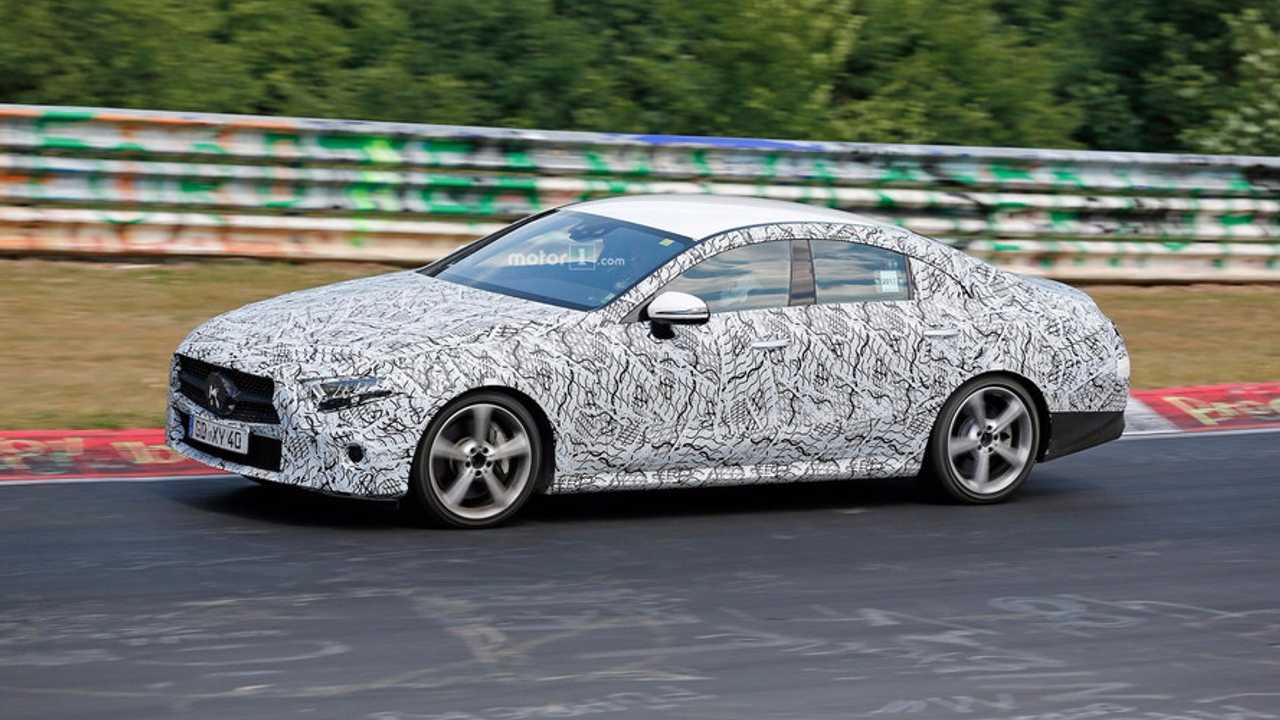 A new design and a new powertrain should keep things fresh.

If you ask Mercedes, evolutionary is better than revolutionary when it comes to the all-new CLS. Expected to make its debut later in the year, we’ve seen the updated sedan in spy shots and a close-to-production rendering – now we get to see it in action on the Nurburgring.

Wearing a heavy heaping of camouflage, we’re still in the dark as to its final design. The same sleek styling carries over from the previous generation, naturally, while some significant updates to the front and rear are expected, including new LED headlights and a more prominent grille.

The new CLS will be offered as a sedan, positioned snuggly between the E-Class and flagship S-Class per usual. The outgoing generation did offer a wagon option, but it remains to be seen if the configuration will carry over or if it will be replaced by the four-door AMG GT. The coupe will reportedly go the way of the dodo.

Early spy photos have already shown off the interior, which will borrow a number of elegant cues from the E-Class, including a digital dash and accent lighting throughout. Powertrain options for the new CLS remain a mystery. Considering it shares the same platform with the E-Class, expect to see the same 3.0-liter turbocharged V6 available with as much as 400 horsepower (298 kilowatts), as well as a more powerful V8 option, with AMG variations down the line.

The new CLS is expected to make its debut at the Frankfurt Motor Show in September. Production is expected to begin early in 2018, but no word on pricing just yet.