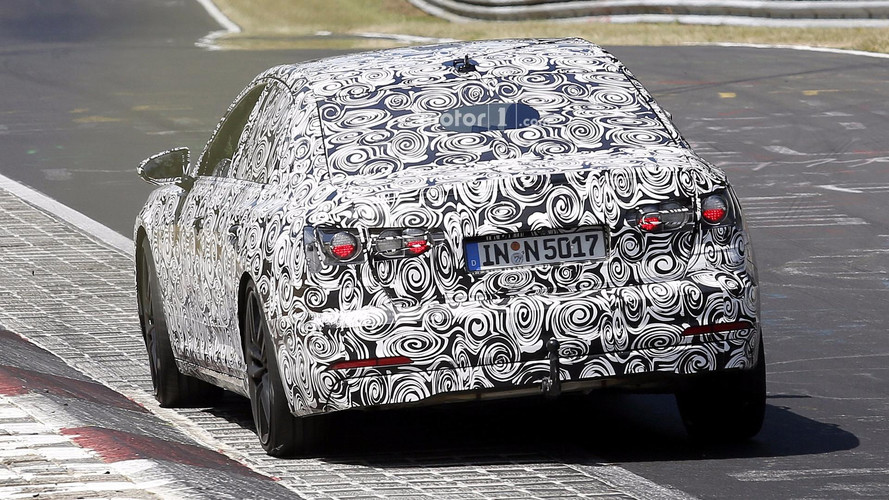 Those are not the final clusters, but the shape will likely remain the same.

We usually start by talking about a prototype’s front fascia, but in this case we are willing to make an exception because it’s the rear end that catches our attention. Right from the beginning it’s important to point out those are only provisional taillights used in the early testing phase, so the production-ready A6 will have a significantly different appearance. That being said, we can easily notice the shape of the clusters set to be installed on the final car.

The test vehicle appears to have all the right body panels in place and already looks more dynamic despite being covered in a swirly camouflage. Its roofline is significantly more sloped towards the rear compared to the current A6 and we can’t help but notice it's riding very low for a prototype that doesn't seem to be an S6. It’s not that big of a surprise since the Nürburgring is the place where automakers come to test all sorts of parts and in some cases the cars look strange due to the modifications.

Those of you with a good memory will remember Audi has already previewed the A6’s front earlier this year courtesy of a design sketch showing the model alongside the sexier A7 Sportback and the A8 flagship:

It’s hard to say at this point whether the next generation will grow in size, but we are expecting a more spacious interior cabin as a result of the new underpinnings enabling better packaging. The MLB Evo platform will be put to good use in the revamped A6 and it should bring a healthy weight loss as well. We will get an idea about the engines and technology once the A8 will be unveiled on July 11.

The next-gen A6 is going to debut next year after the A7’s premiere in Q4 2017. Audi has announced plans to better differentiate the designs of its top three sedans, so hopefully it will live up to that promise. Another disclosure made by the four-ring company is about its intentions towards bringing more wagons to the U.S., so the new A6 Avant might make a return, possibly as a rugged Allroad model. We'd be happy with either of them. Better yet, bring them both.