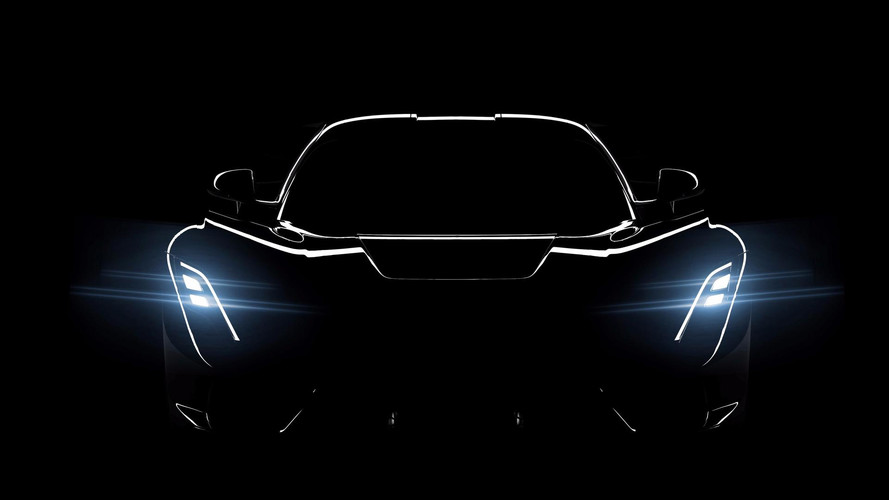 The specialty car company even launched its own specialty division to build it.

There’s been plenty of back-and-forth through the years between Bugatti and Hennessey over bragging rights to the world’s fastest production car. With the Chiron’s actual top speed still unknown (Bugatti limits the hypercar to 261 miles per hour for “safety” reasons), Hennessey is preparing to make another play for the title with an all-new car named after the strongest tornado on the planet. It’s called the Venom F5, paying homage to the Fujita scale that measures tornado strength based on the damage caused by the twister's wind speed.

Technically speaking, scientists now use the Enhanced Fujita scale, so in reality the new hypercar should be called Venom EF5. On that scale, however, EF5 wind speeds are only labeled to 200 miles per hour, wheres the F scale goes past 300 mph. Only weather nerds like us are interested in such things, but for the rest of the motoring world, you can probably guess why Hennessey calls this car F5.

Whereas previous Hennessey products have been based on production vehicles, the F5 will be its own in-house design, built all-new from the ground up with the intent to be a 300 mph street legal production car. To make that happen, the company launched an entirely new division called Hennessey Special Vehicles, with the F5 being its first project. As far as details, we have the teaser photos here and that's pretty much it. There’s nothing from the Hennessey camp on power or design, but considering the company's Lotus-based Venom GT clocked an official speed of 265.6 miles per hour, the manufacturer certainly has the chops to achieve such a performance benchmark.

Hennessey actually claimed the title of world’s fastest production car in 2013 with the aforementioned 265 mph run. The Bugatti Veyron SS was actually a bit faster at 267.9 mph, but Hennessey claimed the speed was invalid because it required the Veyron's limiter to be removed. Guinness World Records initially agreed with Hennessey, but later reversed the decision and awarded the title back to Bugatti. In response, Hennessey took the Venom GT to 270 mph at the Kennedy Space Center in Florida, but the run wasn’t recognized as official because it only went in one direction instead of an average speed in two directions.

We will certainly be anxiously awaiting the details on this 300 mph land rocket, which Hennessey says should be coming later this year.

Sealy, Texas—Later this year, Hennessey will unveil its all new hypercar, the Venom F5, named after the fastest and most powerful wind on earth, the F5 tornado.  Tornado speeds are rated on the Fujita scale from F1 to F5, with F5 wind speeds being measured between 261 mph and 318 mph.  Built from the ground up, the F5 will have its own unique chassis and design, which will help elevate its performance to speeds approaching 300 mph. The Venom F5 will take direct aim at the new Bugatti Chiron for world’s fastest production series super sports car.

“We are very excited about our F5 and that it brings forth an all-new design and chassis to achieve even higher performance through improved aerodynamics and technology,” said company founder and CEO, John Hennessey. “The best way I can describe the Venom F5 is that it is sophisticated aggression on wheels. We look forward to sharing F5 with the world later this year.”

The Venom F5 will feature cutting-edge technology across the design, including chassis and engine development.  F5 will offer even greater power levels combined with improved aerodynamics and ultra-light weight which will yield the ultimate in performance.

“Having the opportunity to be part of the engineering and testing of this ground-breaking hypercar is perfect for Pennzoil,” said Patty Lanning, Vice President of Marketing, Shell Lubricants. “We have a passion for performance and know we have the right product to protect Hennessey’s engine through development to production.”

“This is a new chapter in an all new book,” said Hennessey.  “F5 will be exceptionally American and built in Texas.  We look forward to sharing more details about our special hypercar very soon.”