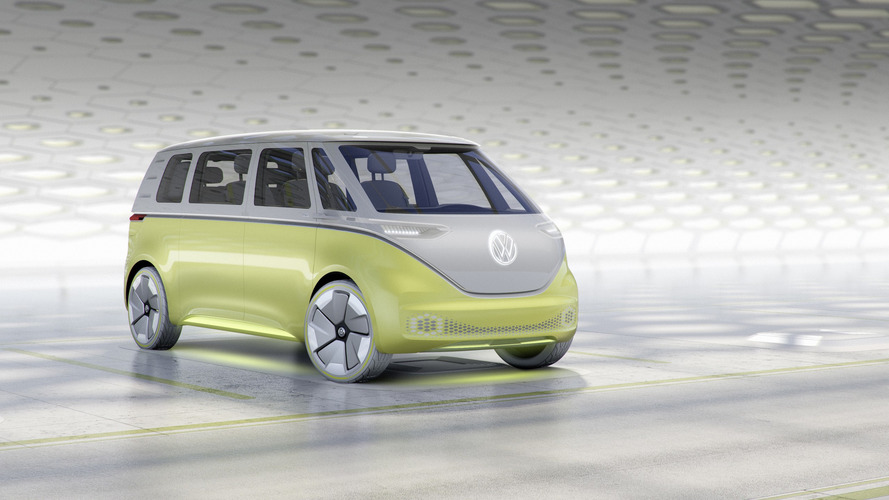 We won't get too excited just yet.

Every few years since 2001, VW introduces us to a new microbus concept. The aptly-named Microbus Concept in 2001 gave way to the Bulli Concept just a few years later, and most recently the ID Buzz (pictured here), which made its debut at the 2017 Detroit Auto Show. Sadly, none of them have been confirmed for production… until now, we think.

According to a new report from Auto Express, VW is finally getting serious about bringing the microbus back from extinction. Admittedly, this isn't the first time we've heard the same report; VW Design Boss Klaus Bischoff said in 2010 that a new version was on the way. Still, it seems CEO Herbert Diess is keen on the idea of an all-new microbus, preferably one with an electric powertrain.

"Emotional cars are very important for the brand," said Diess in the interview. "We are selling loads of Beetles still, particularly in US markets. But we will also have the Microbus that we showed, which we have recently decided we will build."

If produced, the microbus will be built on the new MEB platform and share a number of design cues with the ID Buzz concept we saw back in January. At the 2017 Geneva Motor Show, VW Design Boss Oliver Stefani also teased the idea, saying that they "would like to bring [the microbus] back."

"With the MEB platform this is the chance now to get the proportions back," said Stefani. "But you can also get much more interior space, almost one class higher."

The microbus will reportedly be the first in a range of production ID electric vehicles, and borrow cues not only from the ID Buzz concept, but also the iconic T1 and T2 buses. No word on when the supposed bus will make its comeback, but let’s just hope the news isn’t too good to be true.