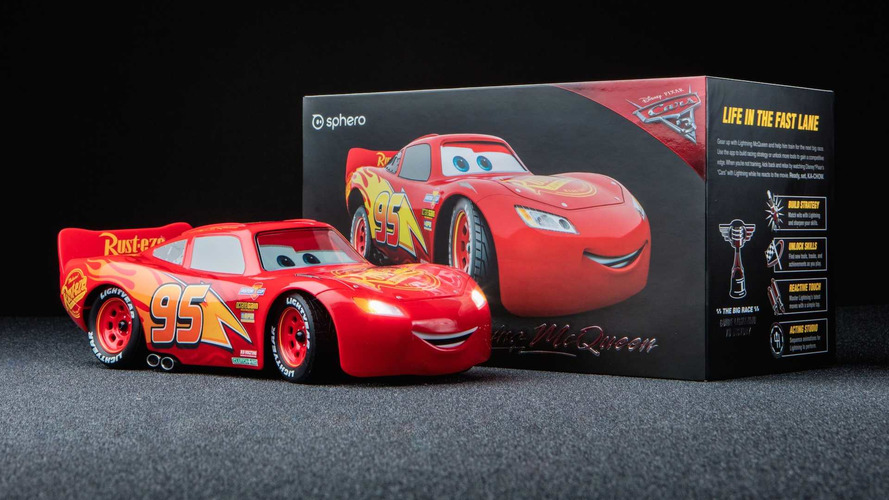 Your kids will love this live action Cars 3 character, and so will you.

The third installment of the Cars franchise opened in theaters last Friday. Disney and Pixar's latest yarn about Lightning McQueen and friends took the number one spot at the box office, and last weekend's win also marks the beginning of the Cars 3 merchandise machine. Your kids are probably already begging for Cars 3-branded merchandise, so why not get them the very coolest money can buy.

Enter to win a $300 Sphero Ultimate Lightning McQueen from Motor1.com!

Click here to enter Motor1.com's sweepstakes to win a Sphero Ultimate Lightning McQueen valued at $300. This app-enabled, remote-controlled car is so much more than your everyday R/C, as demonstrated by the play time we spent with it last week during a particularly fun Facebook livestream video (see below).

Being a Sphero product (the same company behind the best Star Wars BB-8 toys), the Ultimate Lightning McQueen is more like an advanced digital puppet than an R/C car. It's so expressive and responsive with its eyes, body movement, and reaction to the environment around it, like a modern day reincarnation of Teddy Ruxpin.

Just click here to enter our sweepstakes to win the very same one we played with in the video above. Don't worry; we were very careful with the packaging and Lightning escaped our office in perfect condition. The entry period ends this Friday, June 23rd, and is open to residents of the U.S. and Canada, excluding Quebec.