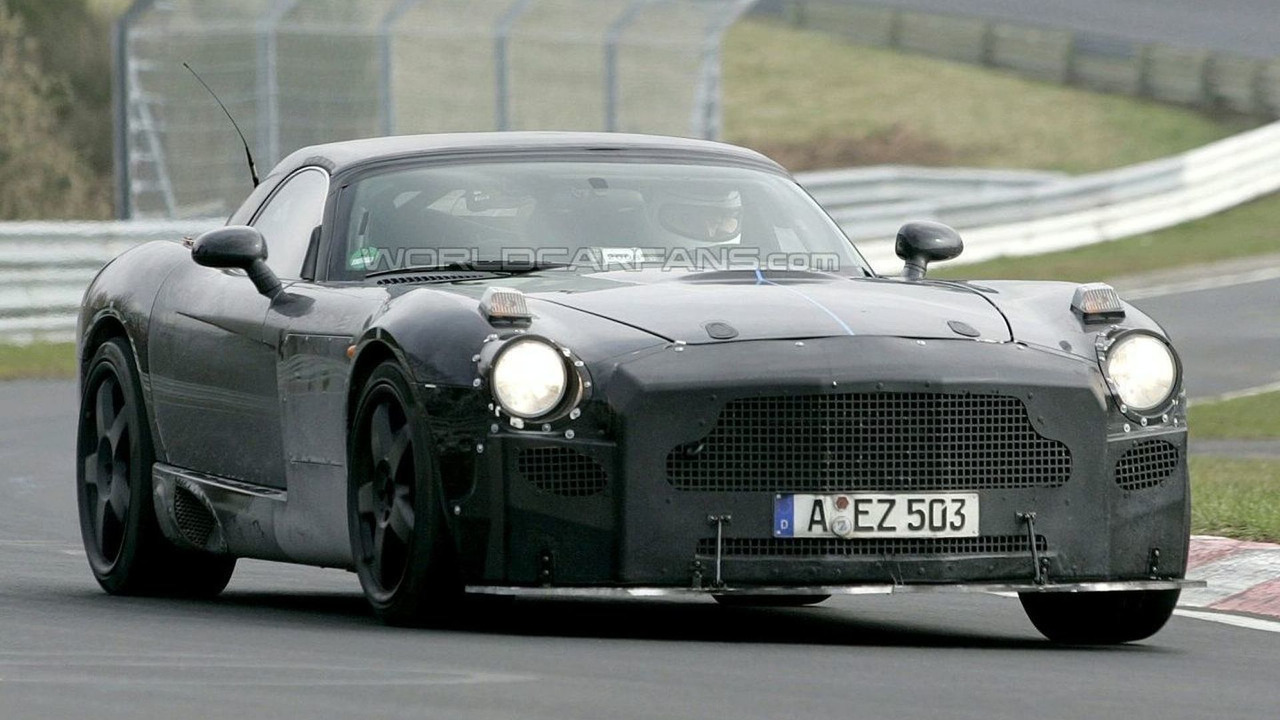 The SLC prototypes may be using Dodge Viper body panels, but rest assured that the similarities end there.

We have seen a fair amount of spy photos of Mercedes' upcoming new super car, dating back to August 2007 in the US desert. Rumours about the car are various, ranging from plausible (SLR replacement) to wild speculations (Maybach Coupe). Today we can bring you pictures of then new Gullwing undergoing some handling test at Germany's famous Nurburgring.

In July 2007 a press release was issued by Mercedes stating that their co-operation with McLaren would come to an end in regards to developing a SLR follow-up model and that Mercedes would keep the development internal. In-house performance branch AMG was appointed with the task, who in turn contracted HWA Racing (Mercedes' DTM partner) to produce the car.

The SLC prototypes may be using Dodge Viper body panels, but rest assured that the similarities end there. The prototype uses a 106-inch long wheelbase, which happens to closely match the SLR's wheelbase and in the process debunks any rumours about a smaller SLR based on the R230 SL-Class platform. The new Mercedes turning into a mid-engined car seems very distant now too.

What the car will be called is uncertain, just like which engine will be powering the car. So far we have been calling it the Mercedes Gullwing or SLC while the 500hp 6.2 liter AMG V8 seems a likely candidate to become its engine. But only time will tell, until then just enjoy the photos and dream away...