What's your choice - a high-performance wagon or an SUV?

Wagons, wagons, wagons – we talk about them literally every single day. Unfortunately, this segment is slowly dying and more and more manufacturers are neglecting it in the name of crossovers and SUVs.

But, thankfully, automakers like BMW, Mercedes-Benz, and Audi all have fantastic wagons – sexy practical cars with enough power and room for all the kids. And then there’s the Alpina B5 Bi-Turbo Touring AWD – the epitome of sports wagon.

For those of you unfamiliar with the car, it’s the most powerful version of the current generation BMW 5 Series Touring. It’s not a product of BMW itself, but it’s developed by the engineers of Alpina, who work closely with the Bavarian brand.

Power comes from a retuned variant of BMW’s biturbo 4.4-liter V8 engine, which now delivers 608 horsepower (447 kilowatts) and 590 pound-feet (800 Newton-meters) of torque. All that power is channeled through an eight-speed automatic transmission, which routes it to an all-wheel-drive system. Yes, that’s the magic – a wagon with 608 hp (447 kW) and AWD system.

That’s probably the quickest family vehicle on the market (if you don’t count the Porsche Panamera). How fast it is? The B5 Bi-Turbo Touring needs just 3.6 seconds to reach 62 miles per hour (100 kilometers per hour) and is electronically-limited at 202 mph (325 kph). Yes, it's that fast.

But why are we talking about one of the hottest cars on the market today? Just because there’s a new promo video of that beast – and, honestly, there’s nothing really special about it, but it gives us a good look at the car in action. 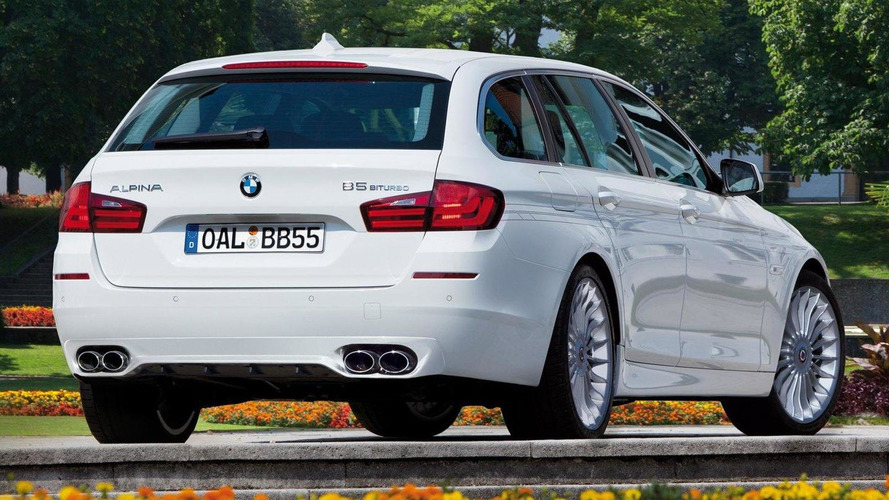