The new B-segment SUV will follow its Hyundai Kona sibling.

The new Hyundai Kona, which made its debut just a few days ago, will be followed by a Kia model dubbed the Stonic. Similar to the Kona, the Stonic will be a B-segment crossover with unique design cues and likely a four-cylinder engine. Now we know undoubtedly when that SUV will make its debut in full.

According to The Investor, the new Kia Stonic will be unveiled next month, well earlier than originally expected. Kia Motors Vice Chairman Lee Hyong-keun told reporters that the Stonic "will be released in July," and that it "is only one-month difference in release date with Hyundai’s compact SUV Kona. We hope the (Hyundai) does well first." 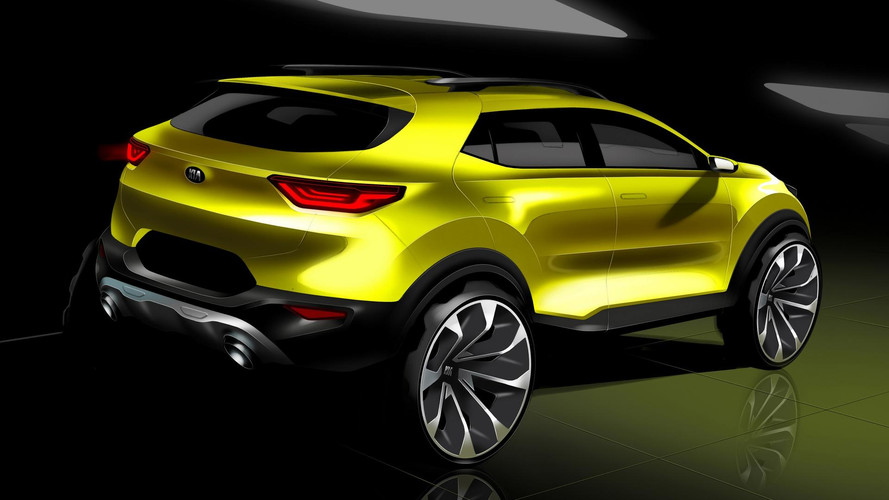 Following the Stonic's production confirmation back in January, we’ve seen a number of spy photos, and most recently,official sketches depicting the small crossover almost entirely. We know that the Stonic will borrow a number of similar features from the Kona – including its platform and range of engines – but will come with its own set of unique design cues.

Power will expectedly come courtesy of the same naturally aspirated 2.0-liter inline-four engine found on the Kona, with as much as 147 horsepower (109 kilowatts) and 132 pound-feet (178 Newton-meters) of torque available. That engine will be paired to a six-speed automatic transmission. A more powerful 1.6-liter turbocharged engine will likely be offered with as much as 175 hp (130 kW) and 195 lb-ft (264 Nm) of torque.