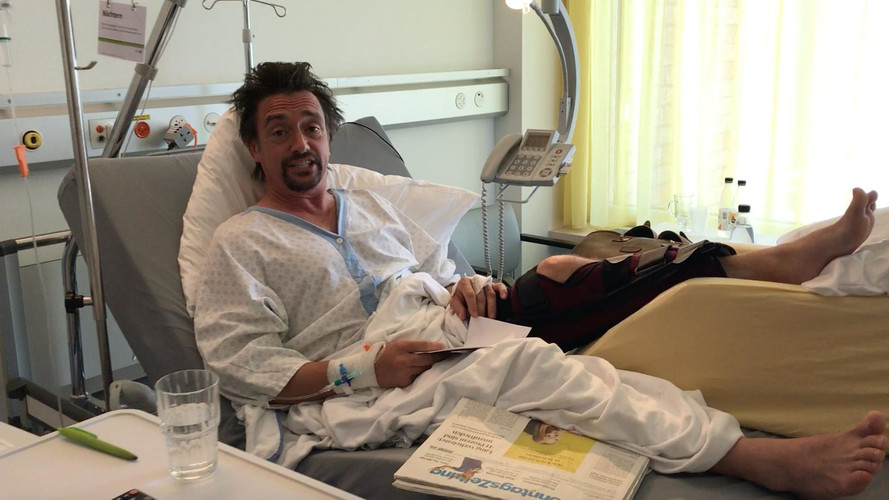 Now, she is working on flying him home.

Following his big crash with the Rimac Concept One earlier this month, Richard Hammond is currently “lying in a bed in the Swiss Alps, while pretty nurses attend to give his every need, and give him drugs.” While the current situation sounds very relaxed for The Grand Tour and former Top Gear presenter, his wife Mindy Hammond says she “almost went to pieces” after his husband’s hillclimb accident in Switzerland.

In an exclusive piece for Britain’s Express, Mindy tells the story of what she expressed when she was informed about Hammond’s crash. Apparently, the 47-year old TV personality “was downplaying what had happened and was, I suspect, in shock having escaped the blazing car seconds before it ignited.” Shortly after the crash, Mindy talked to Hammond, while James May also told her “not to worry.”

In the next moment, “Jeremy [Clarkson] called, Andy Wilman [the show’s producer] called” and “a flight was being arranged to get me out to Switzerland.” At that time, Mindy was shopping with the family’s bigger sister, Izzy, who “insisted I go, despite my concern that I would be leaving her before her final GCSE on Monday, as well as our 13-year-old, Willow, who was in the middle of end of year exams.”

In another phone call, Richard assured his wife that “there’s no point you flying out here, they can strap me up and fly me home tomorrow.” Apparently, that was not the case, as medical experts advised that Richard flying before the operation wasn’t the best idea.

The next step is getting Hammond back home, which should happen very soon. “He'll be a terrible patient when he gets home and will drive me nuts, but honestly, I can’t wait to see him hug his dog and sit in the garden shouting for his glasses, laptop, phone or a cup of tea,” Mindy admits.