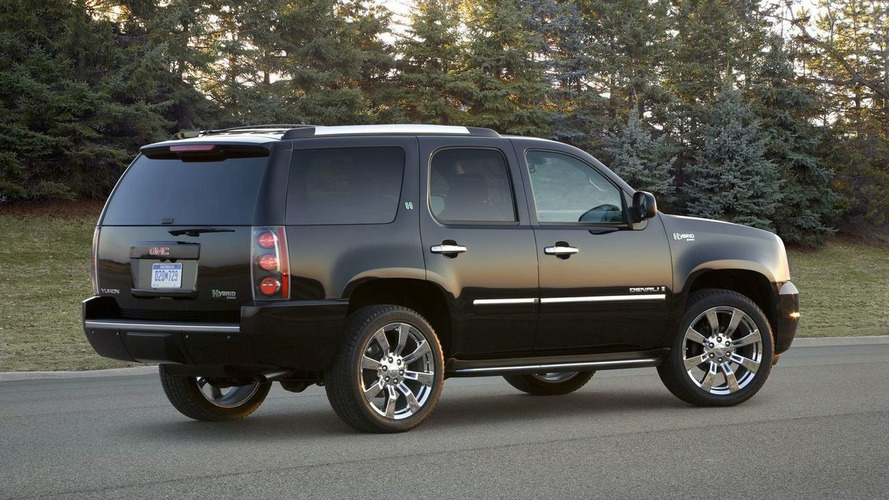 GM will be debuting its GMC Yukon Denali Hybrid at the New York auto show this week.

The failing US automaker boasts that the hybrid drive-train provides a 50 percent improvement in city-driving fuel economy. Over what, they don't specify. They also say, "hey, this has the same mileage as a Toyota Camry V6 driving in the city," as if that is supposed to be a terrifically impressive fact to cite.

Now, this type of SUV used to get about 11 mpg back in its hey-day in the 1990s. So, it's actually a doubling of economy if they go that far back. Why not just say that? It sounds less stretching that way.

The GMC Yukon Denali Hybrid comes with a 6.0 liter Vortec V8 producing 332 hp (248 kW) and 367 lb-ft (498 Nm) of torque. Now, that's the impressive number. Why not just stick to that? Other goodies include the 22-inch, 8-spoke chrome wheels and the MagnaRide suspension, which can adjust the shock absorber damping rate due to magnetic particles in the fluid.

A full-sized SUV as a hybrid? Well, thanks, GM. But could this be a case of too much too late?