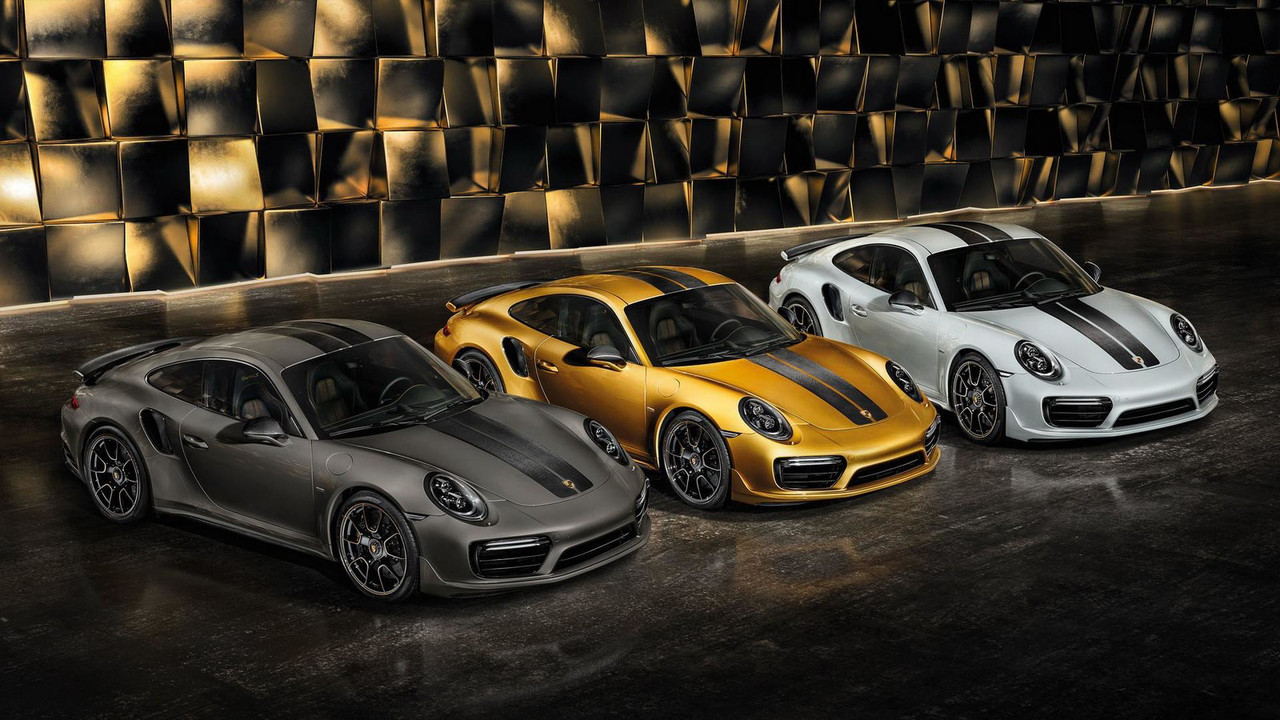 The next best thing to a GT2 RS.

When Porsche introduced the 911 Turbo S Exclusive Series earlier this month, it only showed the Golden Yellow Metallic version and said the special edition will also be offered in a “range of other carefully selected exterior colors.” Now, the Stuttgart-based marque has dropped new images and in one of them we get to see the gold car flanked by a gray & white duo — with all three sharing a pair of carbon strips applied onto the front hood and roof.

There are more carbon fiber accents applied all over the body to make the Exclusive Series live up to its name and set it apart from the “standard” Turbo S. Only 500 units will ever be made and all of them will feature a special plaque mounted on the passenger’s side to reflect its limited availability. Inside the cabin there are 18-way adjustable seats with stitching color-coordinated with the car’s body. Needless to say, the interior gets a carbon fiber trim as well.

There’s more to the new Turbo S version than its special finish as Porsche’s engineers have fiddled with the flat-six 3.8-liter biturbo engine to extract an additional 27 horsepower (20 kilowatts) for a grand total of 607 hp (446 kW). Torque has remained the same at 553 pound-feet (750 Newton-meters) available on the Turbo S fitted with the optional Sport Chrono Package.

Even with all the possible optional goodies added, the Exclusive Series is likely a lot more affordable (if we can say that…) than the hotly anticipated 911 GT2 RS.