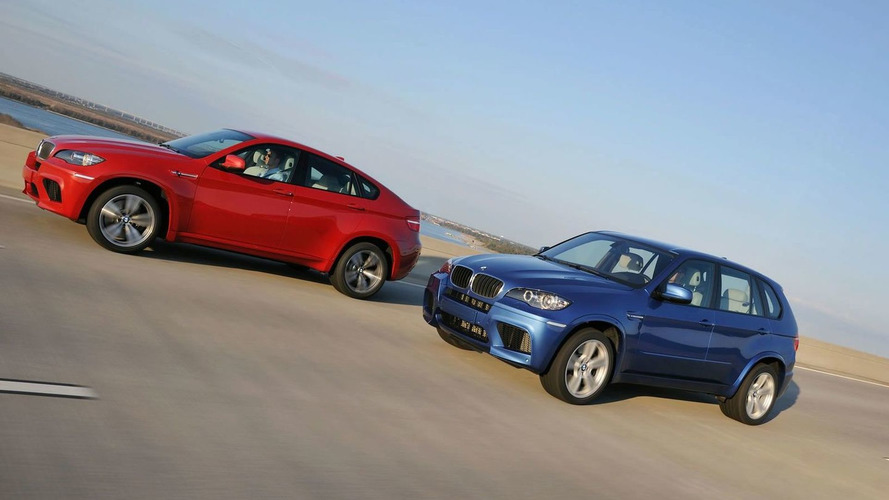 Details of the BMW X5 M and X6 M have at long last been revealed. The fraternal twins use a twin turbo 4.4-litre V8 to provide a bashing 550hp of maximum power and 678Nm of torque.

BMW's "terrible twins" have been officially unleashed upon us. Details of the X5 M and the X6 M have been confirmed, from the engine size and power output to styling details. It has been more than a year since speculation began over BMW M Division's first foray into the world of über SUVs. Since then spy pictures of both vehicles, together and separately, have done the proverbial rounds.

Mated to an M engine for the first time is a 6-speed M Sports Automatic transmission with full automatic mode as well as M driving mode. The latter can be actuated with the gear lever or with paddles behind the steering wheel. The driver can rev it up all the way to the redline before changing gears without any automatic interference from the car. This is also useful for the launch control function. Combined with xDrive AWD these and other systems are said to give both cars a 0 - 60mph sprint time of 4.5 seconds. Top speeds were not given but it is safe to assume an electronically limited figure of 155mph (250km/h).

The X6's Dynamic Performance Control system is now available for the X5 M too. Working in conjunction with xDrive it assists in keeping the vehicles grounded and grip to a maximum. With a weight distribution ratio of close on 50:50 these twins are already well-balanced for performance.