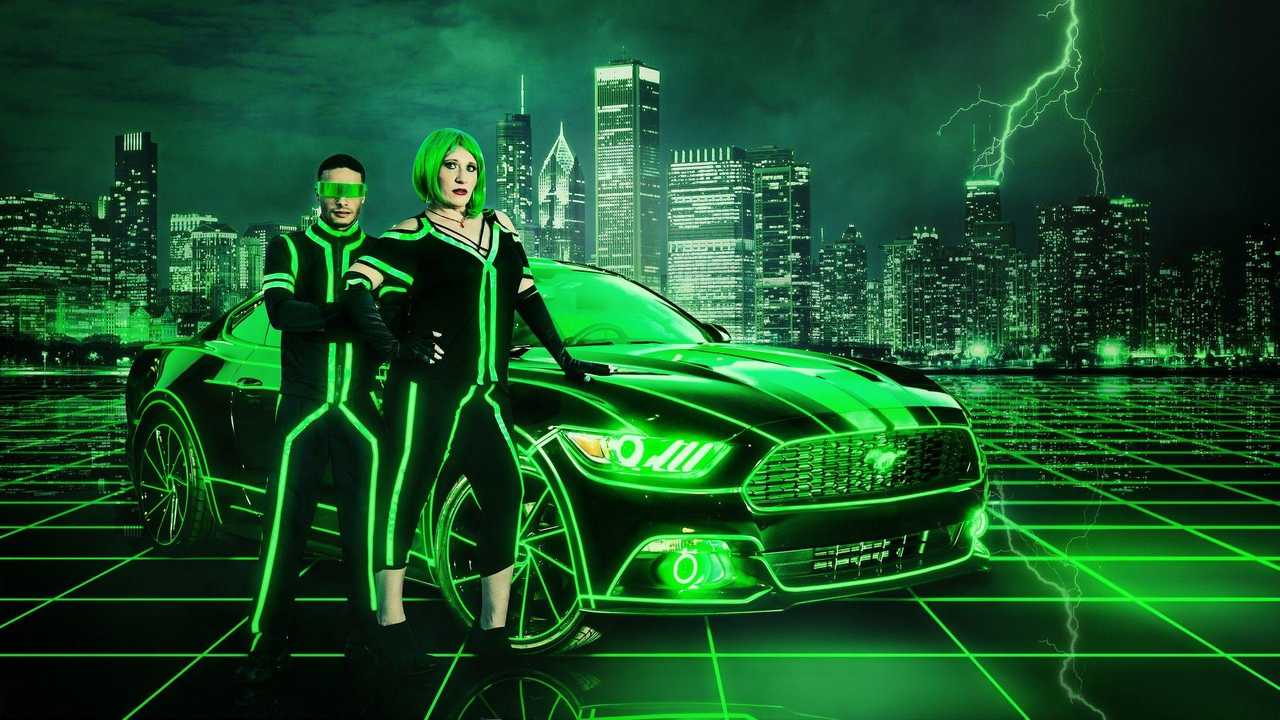 The owner calls this car The Green Machine. It's not too hard to figure out why.

Roughly 35 years after the release of Disney’s Tron, the film’s futuristic aesthetic that imagined the world inside of a computer has continued to inspire people. Josh Rivers liked the look so much that he took it as the theme for his custom 2015 Ford Mustang V6. The neon green color scheme is a little different than the cool blue that defines the movie, but the style still instantly evokes the franchise’s on-screen depiction.

Rivers calls his custom Mustang “The Green Machine,” which seems quite appropriate for it. He worked with the crew at Apex Customs to come up with a complete vinyl body wrap for the performance coupe. It has a dark green base, which looks almost black is some lighting, and the Tron-inspired grid lines are a color called Sheer Luck.

Apex Customs applied a similar look to the Rosso Insignia 20-inch wheels by first power coating them and then wrapping portions in Sheer Luck. Black powder-coat brake calipers add to the mean look. Up front, the headlights feature green halos. The emerald shade is also on the fog lights, LED running lights, and extra accent lighting behind the grille. Rivers has a matching chartreuse key fob, too.

Inside, the green color appears on the trim and accent lighting. The Mustang also features hand controls because Rivers was paralyzed from the waist down in a shooting in 2010.

According to Apex Customs, Rivers is considering adding a slightly lighter green body wrap in the future. Depending on the shade, the change could really affect the look because it might eliminate some of the impressive contrast between the base color and the brighter stripes.

Tron’s bold sci-fi look has been the basis for several wild vehicles.  For example, Chevrolet used the film as inspiration for a one-off Cruze in China in 2016. The limited-edition Mini Cooper Delux took cues from the movie, too.