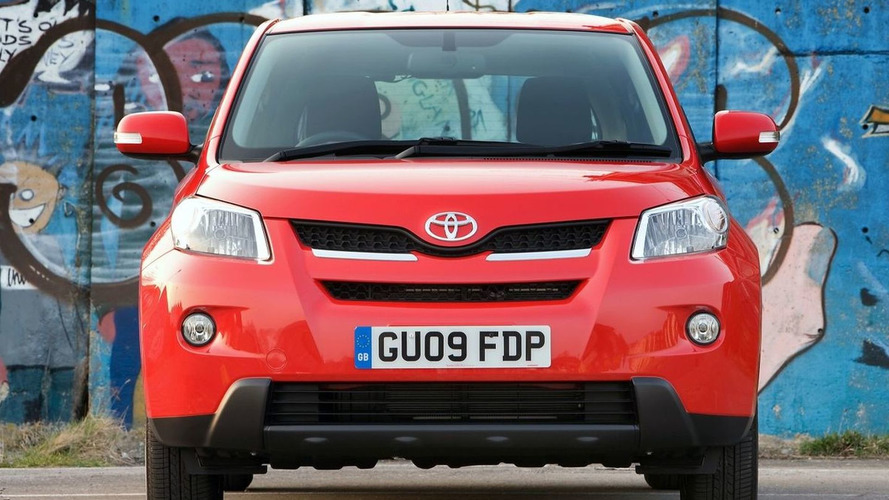 The Toyota Urban Cruiser mini crossover goes on sale in Europe and the UK in May. It will be fitted with either a 1.3-litre petrol or a 1.4-litre turbo diesel motor. All-wheel-drive is available.

The new Toyota Urban Cruiser goes on sale in the UK and Europe this May. The Urban Cruiser falls below the bigger RAV-4 and is aimed at people who are possibly between 30 and 40 years old, lead an active lifestyle and are environmentally conscious.

Rugged in its looks the 3.93m-long Urban Cruiser has muscular wheel arches which are accentuated by black front and rear bumper underguards as well as black side rocker panel mouldings. Exterior fittings include a high-placed LED brake light at the rear and integrated rear foglights.

The vehicle comes in 2WD and 4WD systems with the latter fitted with Toyota's Active Torque Control all-wheel drive system which can vary torque distribution between 100:0 and 50:50 front to rear, depending on road conditions.

Toyota plans to sell more than 25,000 units of the Urban Cruiser during its first full year of sales in Europe and the AWD version is expected to account for 30 percent of that.