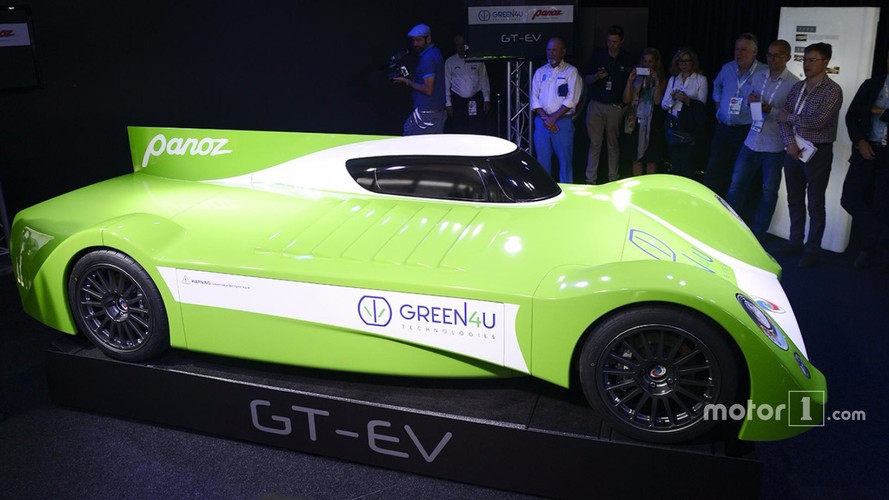 Green inside and out, the GT-EV will have 600 horsepower in its highest state of tune.

Panoz is ready to put behind it the legal problems it's been having with Nissan regarding the intellectual property related to the DeltaWing and focus on the future. The DeltaWing Technology Group has been incorporated into a company called “Green4U Technologies,” with none other than Don Panoz as co-founder and CEO.

Green4U Technologies is unveiling today in the 24 Hours of Le Mans Village the new GT-EV, an ambitious project for an all-electric race car set to have a street-legal companion. Currently under development at the firm’s R&D center in Braselton, Georgia, the GT-EV is being engineered to become the first pure electric race car able to compete in a grueling endurance race. Don Panoz has expressed his desire to apply for a future Garage 56 slot and then put to good use the knowledge gained during Le Mans into the development of future electric cars.

For now, the initial targeted specifications are showing a total power varying between 536 and 603 horsepower (400 and 450 kilowatts) coming from two electric motors, one driving the front axle and the other powering the rear wheels. This would give the GT-EV an all-wheel-drive layout and a top speed of 175 to 180 mph (281 to 290 kph).

Thanks to a removable battery pack of undisclosed capacity, the vehicle will have a range varying between 90 to 110 miles (145 to 177 km) in race conditions and with the possibility of replacing the batteries during a pit stop. In addition, the GT-EV will boast regenerative braking technology on all four wheels to recuperate the energy that would otherwise be lost.

It’s estimated to tip the scales at only 2,200 – 2,750 pounds (998 - 1,247 kilograms) with the battery pack included as a result of numerous lightweight components, including a carbon fiber chassis with an offset closed cockpit.

Details about the road-going version (pictured above) are scarce at the moment, but we do know Panoz and Green4U Technologies have announced the street-legal car will have two seats in a jet fighter-style interior cabin with the passenger positioned behind the driver. The sports car’s conceptualization was done by car designer Peter Stevens, who was also responsible for the Panoz Esperante GTR-1 and other models.

“We pushed the boundaries when we brought Sparky [the 1998 Panoz Q9 GTR-1 Hybrid] and the DeltaWing to Le Mans. We'll do the same with the all-electric GT-EV."