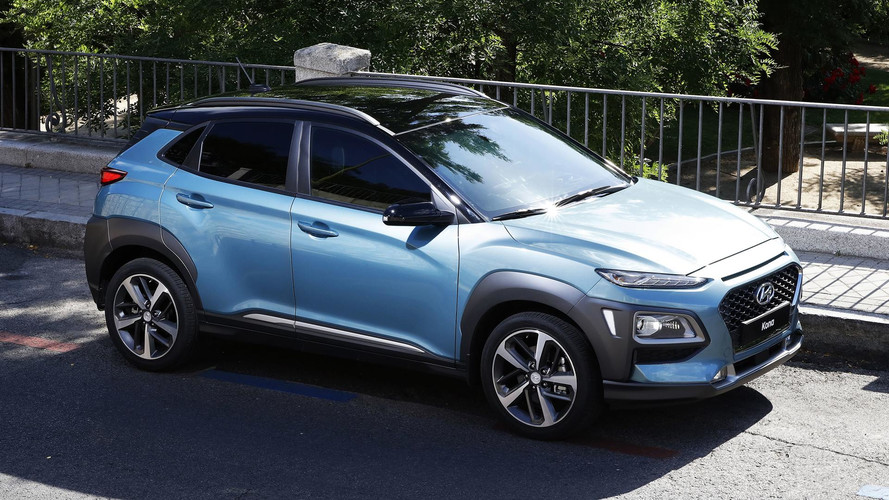 While it's not clear if the EV will come to the U.S., the Kona will feature several electrified options in the future.

“Clean mobility is a core strategy of the Hyundai Motor Company in the future.” That’s the message from Hyundai’s top executives, speaking to members of the media at the unveiling of the B-segment Kona SUV in Seoul, South Korea. What that means for Kona is that, in addition to the gas models unveiled today, the small crossover will get an EV variant in 2018.

The big news with the EV will be its range: “Up to 390 kilometers – over 390 kilometers,” one executive told Motor1. That puts it right around 240 miles, or about the same as the Chevy Bolt and upcoming Tesla Model 3. That’ll be great, assuming the Kona EV comes to the U.S. – that final detail is unclear as of right now.

“We will continue to focus on EVs and hybrids,” Hyundai executives assure us. And to that end, Hyundai says to expect hybrid and plug-in hybrid versions of the Kona – as well as many of its other future vehicles – in the coming years.

Hyundai also says a mass-produced fuel cell vehicle will arrive in 2018, though details are slim. It could be based on the Kona, or it could be something else altogether.

Still, electrification is the safe bet for now. And as Hyundai looks to its future model expansion plans, vice chairman Chung Eui-sun says “we believe that EVs will take a large portion of these green cars.”