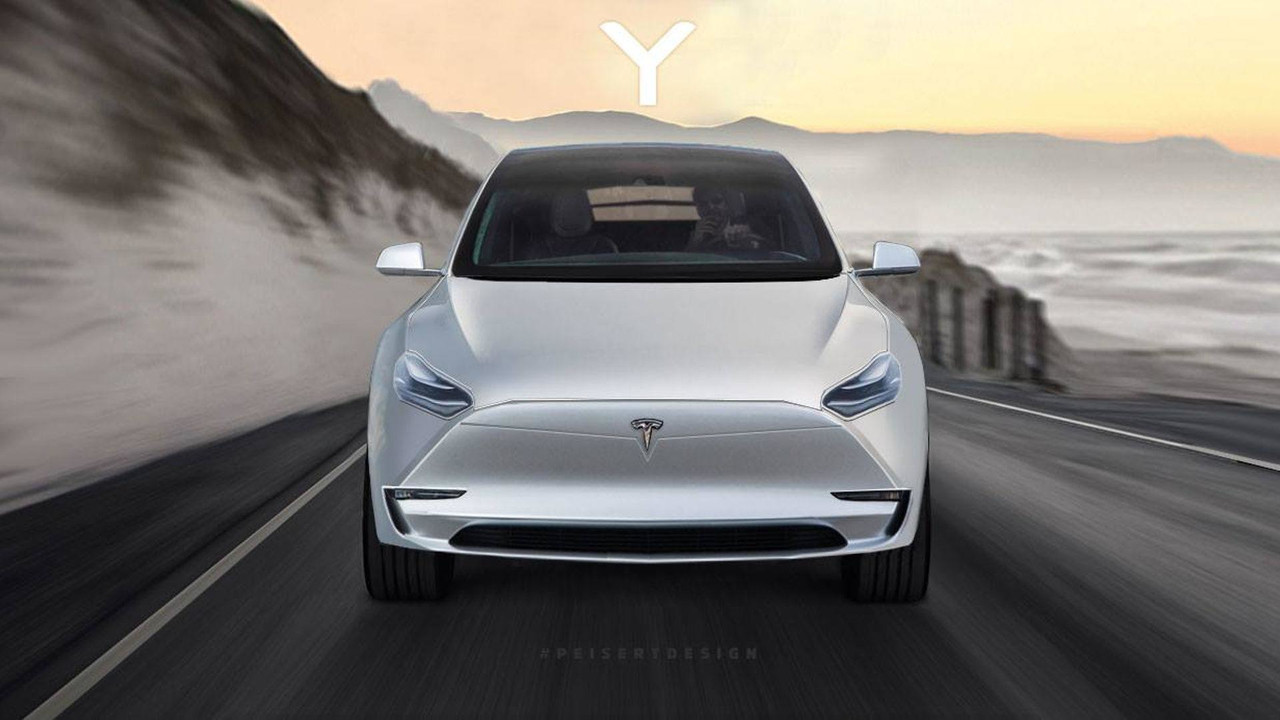 The lineup is beginning to look pretty s3xy.

Tesla hasn’t even officially debuted its new Model 3 sedan in full, but already fans of the brand are anxious to see the next-in-line Model Y. Expected to make its debut sometime in 2019, rendering artists at Peisert Design have visualized the upcoming small SUV a few years early.

Using the lone teaser image we saw just a few days ago, artists were able to vaguely piece together the upcoming Tesla. Borrowing a number of cues from the current lineup – including the "surgeon mask" front grille found on the Model 3 – the Model Y rendering fits right in with the current crop of Tesla vehicles.

"I am really excited about Model Y. It’s, there’s been some criticism, like we should sort of derive it from the Model 3 platform. But I think actually we made a mistake in trying to derive the Model X from the Model S platform," said Musk at the annual shareholders meeting. "We are aiming for that to hit the roads in 2019 approximately. And probably the demand for Model Y will exceed the demand for Model 3."

Things like price, performance details, and availability remain a mystery. Expect the Model Y to have a similar price tag and performance options to the Model 3, which will make its debut later this year with a starting price of under $35,000.