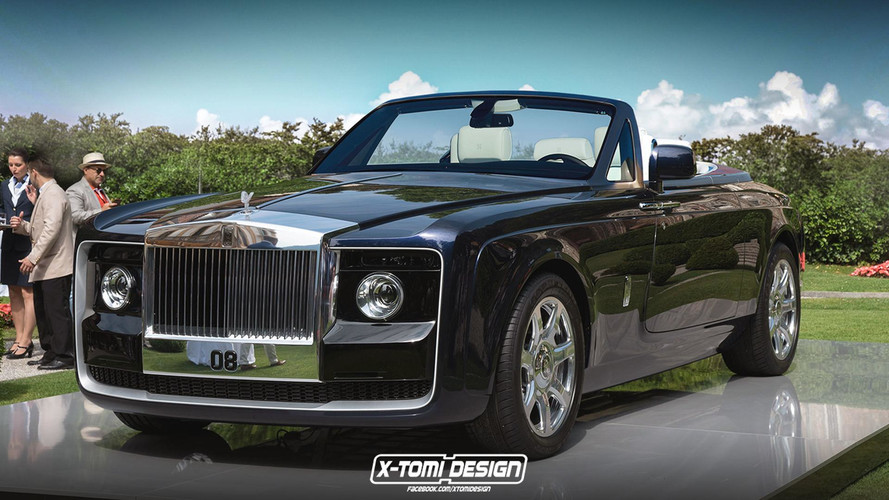 As outlandish as it may seem, in a car world of one-offs, anything is possible.

Rolls-Royce’s controversial Sweptail has lost its roof in a digital design exercise showing how a hypothetical cabriolet version would look like. Think of it as a highly bespoke derivative of the Phantom Drophead Coupe, which as you may recall was retired about a month ago with the launch of the “Last of Last” edition.

While the Sweptail can only carry two people due to its heavily reworked and rather unusual rear end, this virtual creation adds back the Drophead Coupe’s rear seats. It’s a sight to behold even without the peculiar derrière, though it doesn’t look nearly as opulent as the real deal. The extravagant front fascia still takes some time getting used to even after a couple of weeks since the Sweptail’s debut.

Four years in the making, the one-off Rolls could be followed by other coachbuild cars with an exorbitant price tag to match the attention to detail. Those rumors about the Sweptail costing close to $13 million have turned out to be an exaggeration, but even so company’s CEO Torsten Müller-Otvös has admitted the Sweptail might just be the most expensive new car ever.

The Goodwood high-end automaker has already announced it might do other special projects in the years to come, but the customers won’t be as involved like it was the case with mysterious person who commissioned the Sweptail. Rolls-Royce is also thinking it might just build a special car without someone else's input and then sell it for a hefty sum.

With this unique creation being so outlandish, seeing a cabriolet version in the real world wouldn’t come as a big shock. However, the Sweptail’s owner might have a problem with that since it’d make his prized possession a tad less special than it is now.