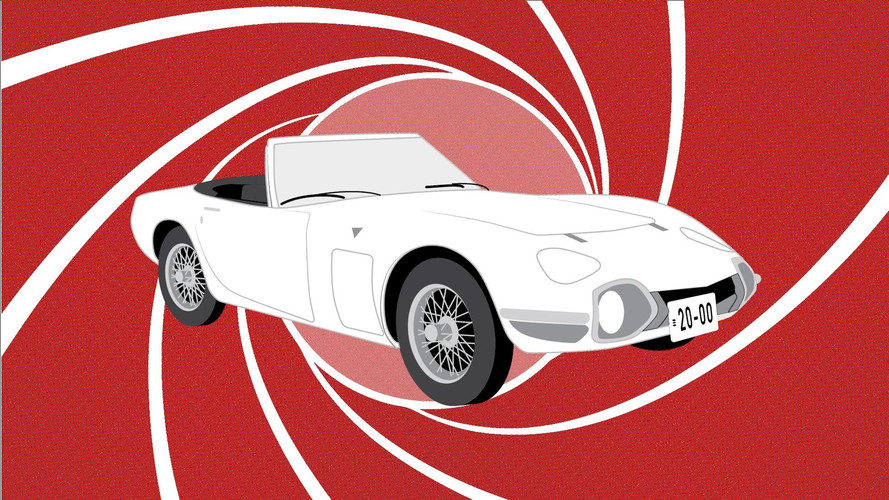 You Only Live Twice was the only Bond appearance for Toyota's million-dollar sports car.

We don’t need an excuse to talk about the exquisite Toyota 2000GT, but if one comes up we always welcome the opportunity with open arms. 2017 marks the 50th anniversary for this timeless Japanese machine, but June 12 is also the golden anniversary for the GT’s cinematic debut in the James Bond classic You Only Live Twice.

Technically the 2000GT first appeared at the Tokyo Motor Show in 1965, but the classic film featuring 007’s adventure in Japan is where many people were first introduced to the svelte sports car. Even then, the introduction wasn’t entirely authentic because, despite Sean Connery and co-star Akiko Wakabayashi fighting bad guys in a 2000GT convertible, Toyota never actually built a topless version. Word is that Connery couldn’t fit in the low-slung sports car, so two roadsters were fabricated in just a couple weeks specifically for the film.

In fact, the manufacturer only built 351 2000GTs from 1967 through 1970, which according to Mecum Auction Consignment Director and Analyst John Kraman is the big reason these cars now fetch between $500,000 to $1 million when one happens to come up for sale. There’s certainly something to be said for its ties to the Bond universe – many people believe it’s the coolest Bond car of all the films – but take a moment and just look at this car. Honestly, who wouldn’t be willing to pay such money for a chance to own what could be the prettiest car ever built, regardless of its big-screen cameo?

"The Bond connection doesn’t have much to do with the value of the Toyota 2000 GT,” explained Kraman. “We just sold one at our 2017 Indianapolis auction for $750,000; they are rare and exotic for a Japanese car, which is why they’re so expensive.”

And it’s not like this car was just a looker. Developed jointly by Toyota and Yamaha, a delightful DOHC 2.0-liter inline six-cylinder engine sizzled beneath the long hood. Featuring three two-barrel carburetors, it made 150 horsepower which was enough for the 2000GT to break 130 miles per hour. The sports car also received all kinds of praise for its nimble nature, upscale interior, and of course it’s movie-star good looks. Mind you, this was at a time when Japanese cars were primarily known for being small, practical, uninspiring runabouts with only a fraction of the 2000GTs performance.

It’s rare, it’s beautiful, and it’s awesome. Yes, the 2000GT only received a couple minutes of screen time in the film, but it’s enough for current 007 actor Daniel Craig to call it his favorite Bond car of all time. It obviously doesn’t have the history or pedigree of other manufacturers in the franchise like Aston Martin or BMW, but its exclusivity and undeniable beauty certainly make the Toyota the most valuable of the bunch.

And as far as we're concerned, it's worth every penny. We should all be so lucky to look as good when we’re 50 years old.