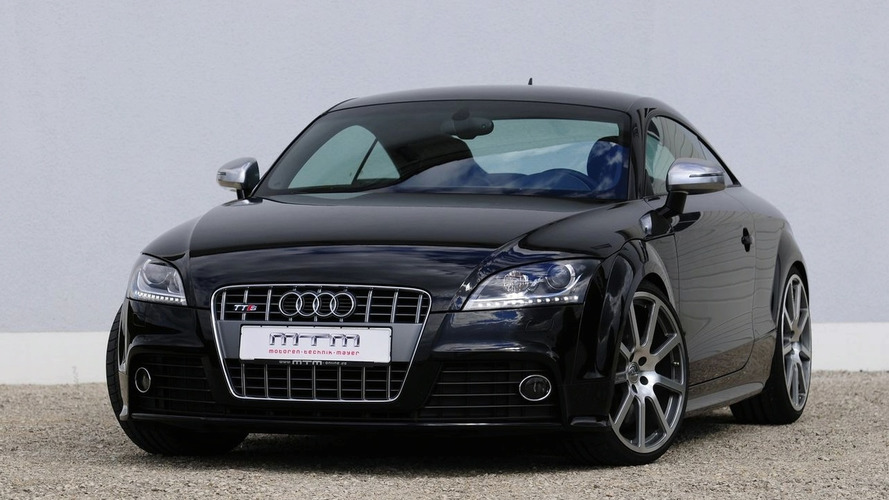 MTM offering a 380 hp version of the Audi TT-S Quattro with 494 Nm of torque, there is also a lower-key 330 hp version. Both tuning packages come with Brembo brakes, a rear spoiler and 20-inch wheels.

MTM has a performance package for the Audi TT-S Quattro with S-Tronic that packs more boogie than the TT-RS.

On offer for the 2.0 liter TFSI Quattro S-Tronic TT-S is a performance boost that takes the horsepower rating up to 380 and torque to 494 Nm. The package also includes Brembo brakes with 8-piston calipers, MTM bimoto forged 20-inch wheels with Michelin Pilot Sport PS2 tires (245/30 ZR20), a rear spoiler and lowering springs.

There is also a downsized, 330 hp version, with 420 Nm of torque, for those a little uncomfortable with trying to squeeze so much juice out of the fairly small engine that is the 2.0 liter TFSI.

The 330 hp variant is essentially the same as the 380 hp one with much of the same tuning package in place. Both have a maximum speed of 265 km/h and come with the S-tronic transmission. But the 330 hp TT-S by MTM will cost you more than 10,000 euros less than the 380 hp version, coming in at a relatively reasonable 63,103 euros.