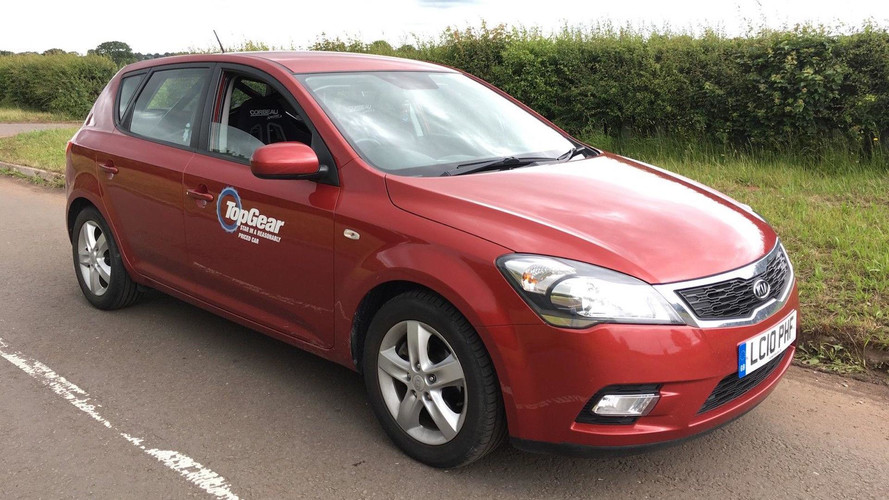 You could be the next star in this reasonably priced car.

One of BBC Top Gear’s most famous segments puts a celebrity in a small hatchback and lets them have a go around the test track; aptly named, "Star in a reasonably priced car." One of the most recognizable vehicles from the segment, a 2010 Kia Cee’d, lasted five seasons and saw more than 24 celebrities behind the wheel. Now it’s for sale on the used market.

Up for grabs on eBay

in the U.K., the Kia in question has driven just 7,150 miles (11,506 kilometers) – nearly all of them on the track – and is powered by a 1.6-liter gas engine. Inside, the cabin has been stripped in place of buckets seats and a roll cage to ensure the stars were well protected while out on the track. Helmet not included.

As mentioned, the Kia has been the plaything of 24 celebrities in total. It was just the third vehicle of four used for the segment throughout the entire series, following the Suzuki Liana and Chevrolet Lacetti, and proceeding the Vauxhall Astra. The five fastest around the track in the Kia were new host Matt LeBlanc, ironically, Rowan Atkinson, Michael Fassbender, John Bishop, and Tom Cruise. The first episode of the fifteenth season was a party dedicated entirely to the new Kia.

Given its reasonably priced nature, the car has a current bid of just $2,990 (£2,350), though it’s yet to meet reserve. The auction will last for eight days, ending on June 18, 2017. The seller says it "drives and feels like a new car," and that the tires have "loads of tread left." So if you’re looking for a well-priced piece of Top Gear memorabilia, this is it.