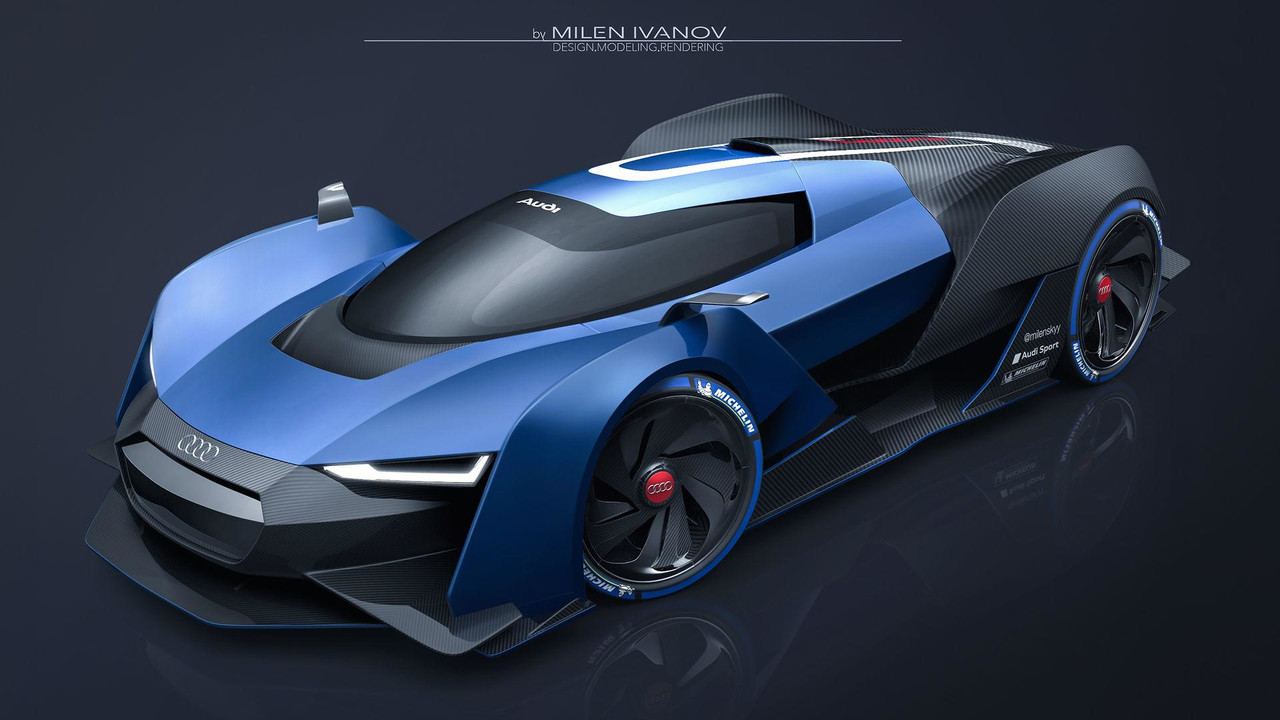 Too bad it's just a rendering.

The Audi R8 has been on the market since 2006… which feels like an eternity in supercar years. In that time, the German marque has updated and facelifted the vehicle to the point where it’s almost indistinguishable from the original. Maybe what Audi needs is a fresh start.

That said, this concept could be the fresh start the company is looking for. Rendered by artist Milen Ivanov, the RS concept gives Audi’s outdated supercar a much-needed makeover. On the front, the fascia borrows a number of familiar cues, including the LED headlights, the hexagonal grille, and rear-view cameras in place of mirrors, which we’ve seen on previous R8 concepts. The rest of the body is a bit more dramatic.

Drawing obvious inspiration from Audi Le Mans racers, the RS concept uses carbon fiber extensively throughout the body, including the dramatic flared fenders, the front splitter, side skirts, and rear diffuser. A two-tone blue and bare carbon fiber finish further promotes the supercar’s race persona, and an aggressive set of wheels tie the package together.

A "Quattro" logo is emblazoned on the roof, suggesting the concept would be all-wheel drive, while a roof scoop funnels air towards the engine in the rear. Given that the concept is well futuristic and borrowed from Audi Le Mans racers, a hybrid or pure electric powertrain wouldn’t be out of the realm of possibility. Maybe something similar to the Porsche 918 given the family ties.

For now, the RS concept remains a dream. Hopefully Audi designers will take note of it when building their next supercar.