Hyundai Recalls Over Half Million Crossovers 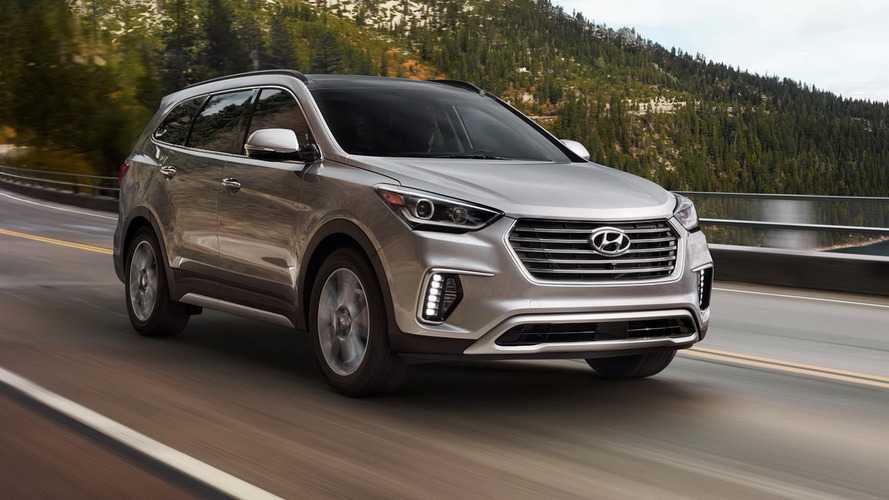 Following the recall for nearly 1.5 million vehicles from April this year, Hyundai is now issuing two separate service campaigns that will affect nearly 600,000 vehicles of the brand and will begin June 30.

The first one, which was announced by the National Highway Traffic and Safety Administration on Thursday, is linked to a faulty cable for the secondary hood latch, which could corrode and prevent the hood from latching.

This recall covers 437,400 Santa Fe and Santa Fe Sport crossovers from 2013 through 2017 model years. Interestingly, Hyundai says a production fix has been applied on the Santa Fe in June last year and the manufacturer will be investigating the reasons an announcement about the defect was not made sooner.

Hyundai spokesman Michael Stewart clarified the safety risk only applied if the hood is not properly closed. The problem appears more frequently in the northeastern part of the United States where large quantities of salt are applied to roads during the winter season.

“There have been three reports where the hoods actually came open, but the majority of the complaints had to do with the hood being stuck closed."

The second recall affects 150,000 Sonata models and 10,800 Genesis built in 2015 and 2016, where corrosion is to blame for a parking brake problem. The illumination on the instrument cluster could signal the parking brake is applied, but in fact it’s a problem with a rusty switch, possibly keeping drivers from knowing the brake is on while driving.

If the hood is not securely closed or the primary latch is inadvertently released and the secondary latch is not engaged, the hood could unexpectedly open while driving, increasing the risk of a vehicle crash.

Hyundai will notify owners, and dealers will replace the secondary latch cable, free of charge. The recall is expected to begin June 30, 2017. Owner's may contact Hyundai customer service at 1-855-671-3059. Hyundai's number for the recall is 163.