The Who's frontman gets the keys to his shiny new Rolls, which is obviously a one-off.

Between working on the multi-million-dollar Sweptail and putting the finishing touches on the new Phantom, Rolls-Royce found the time to build a unique Wraith part of the “Inspired by British Music” special edition series consisting of nine equally fancy cars. The Who’s frontman, Roger Daltrey, recently took delivery of his lavish coupe after being directly involved in the customization process at the company’s HQ in Goodwood.

Check out some of the other special Wraiths from the series:

Needless to say, the one-off Wraith comes to celebrate the legendary rock band and it does that via The Who’s bullseye logo and a laser-etched interpretation of Roger Daltrey’s microphone swing. In addition, the bespoke side sills have been engraved with the appropriate lettering: “Inspired by British Music. Specially Commissioned by Roger Daltrey. One of One.”

As a nod to the band’s famous “Join Together” song, there’s a special plate on the interior door wood trim showing the verse “It’s the singer not the song that makes the music move along.” Rounding off the custom-made features is Roger Daltrey’s signature on the headrests.

Like with all nine Wraith coupes part of the “Inspired by British Music” lineup, this one is for sale and Rolls-Royce has made the promise to direct “a large portion of the car’s value” to support The Teenage Cancer Trust as well as other charities. 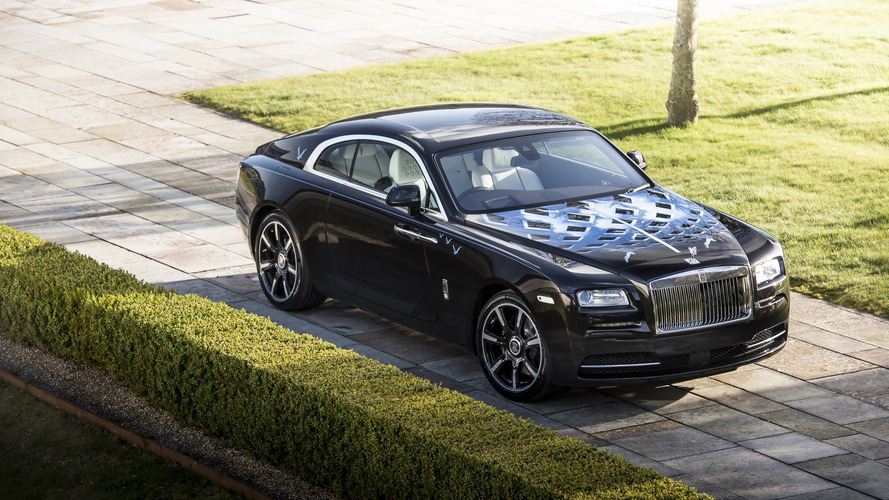 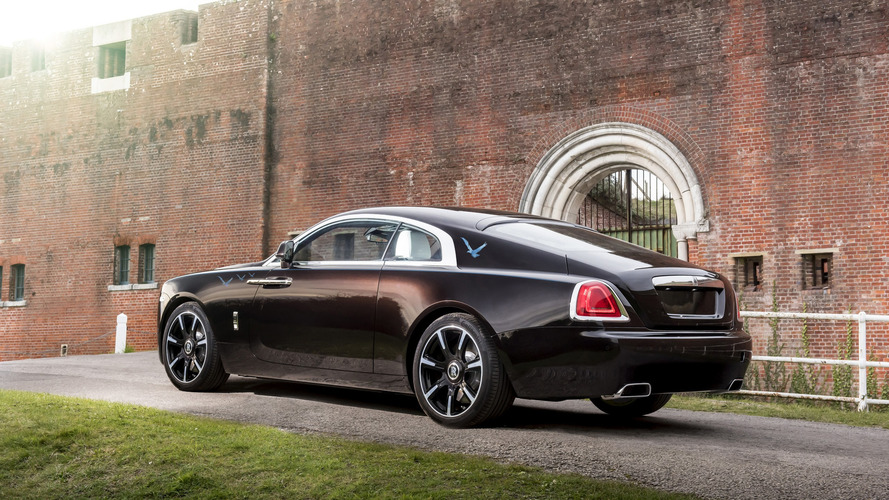 Roger Daltrey's other specially commissioned Wraith — pictured above — was customized with help from artist Mike McInnerney responsible for creating The Who’s “Tommy” album artwork. Revealed earlier this year, the customized Wraith Tommy is adorneded with some of the album’s artwork as well as lyrics from the “Tommy Can You Hear Me” and “Listening to You / See Me” songs.

As a final note, Rolls-Royce is now gearing up to introduced the next-generation Phantom likely slated to debut on July 27.

As part of Rolls-Royce’s ‘Inspired by Music’ series, the Mayfair showroom is displaying a unique Wrath that celebrates the genius of one of Britain’s most-loved rock bands, The Who.

The car was commissioned by The Who’s legendary front man Roger Daltrey, who sat down with designers and CEO Torsten Müller-Ötvös at Rolls-Royce’s global centre of excellence in Goodwood to hand-pick all of the bespoke design enhancements and produce the ultimate collector’s car.

Rolls-Royce has committed to pledging a large portion of the car’s value to The Teenage Cancer Trust and other charities when it’s purchased and has pulled out all the stops to ensure it captures The Who’s spirit perfectly with a series of bespoke touches.

Daltrey himself added plenty of personalisation to the Wraith, including The Who’s famous bullseye logo and a laser-etched depiction of his iconic microphone swing – making it a dream model for any The Who fanatic.

Rolls-Royce Motor Cars London recently reported substantial growth and celebrated 2016 as the most successful year in its history – making it the No. 1 dealer in Europe. As such, it’s best placed to facilitate the sale of such a special collector’s car.

Rolls-Royce Brand Director Claus Andersen said: “It’s a privilege to welcome this remarkable car at Rolls-Royce Motor Cars London. Not only does it celebrate one of the most revered names in British music, but it also supports The Teenage Cancer Trust and other very worthy causes. This is the ultimate collector’s car and we’re looking forward to giving one lucky buyer the chance to own the most iconic piece of The Who memorabilia ever created and pledge plenty of money to charity.”

The Who front man Daltrey added: “I am enormously excited at the prospect of raising vital funds and awareness for The Teenage Cancer Trust in collaboration with Rolls-Royce, a true British icon. The themes, so perfectly expressed by the Rolls-Royce designers in this car, are as relevant today as they were when we first performed them. I worked hard with the designers to capture the spirit of our songs and what their lyrics mean to fans of all generations. I’m certain the car will serve as the ultimate collector’s piece.”