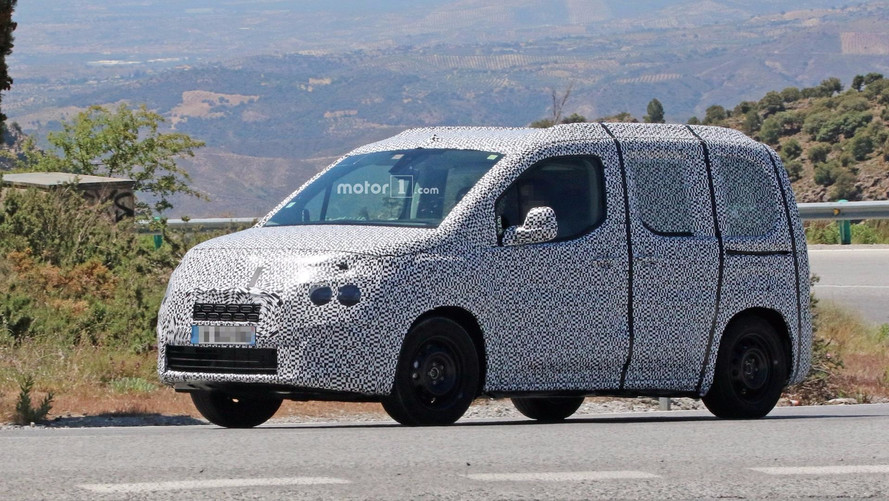 Too bad it's covered up by all that camouflage.

Fans of the Citroen Berlingo, of which I’m sure there are many, should be excited to know that the 21-year-old panel van is next in line for an update. Thankfully, that update will come in before the end of the year – and we have a new set of spy shots to prove it.

Pictured here with its final production body, the Berlingo prototype shows off a number of distinctive new cues over the outgoing model. The body, for example, has been stretched significantly. The second-generation's load length of 130 cubic feet (3.7 cubic meters) falls well short of the 148 cubic feet (4.2 cubic meters) found in most new competitors.

Along with an extended body, payload capacity will undoubtedly get a boost. Currently, the maximum payload on the long wheelbase model is 1,984 pounds (900 kilograms). Newer competitors offer well over one ton. Overall, the design will be improved significantly, previewed here by the camouflaged prototypes. Under the hood the same 1.6-liter engine is expected to remain, with the possibility for a diesel.

The new Berlingo will spawn a matching Peugeot Partner model, and will be developed together with Opel and Vauxhall for four new commercial vans in total. The Opel/Vauxhall versions will get their own GM engines, and each will be "differentiated and consistent with their respective brand appearance," says the company.

The new Berlingo – as well as the Peugeot, Vauxhall, and Opel versions – will be built at PSA’s Vigo plant in Spain. The four new LCVs will make their debut later in the year before going on sale sometime in 2018. No estimates on pricing just yet.