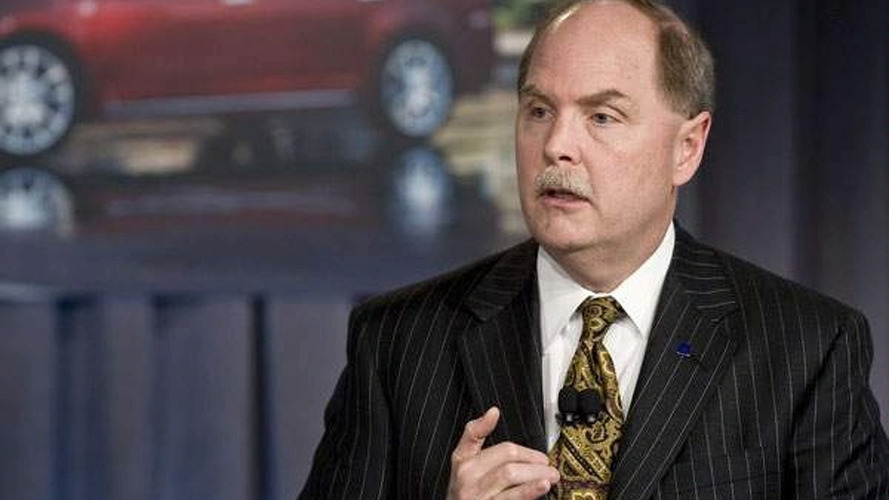 New GM CEO says he understands the demands for restructuring coming from the Obama administration. Fritz Henderson admits that bankruptcy may be the only solution for GM.

GM is finally sobering up.

The Obama administration's tough stance on providing more bailout funds for GM has chastened the troubled Detroit automaker and now its new CEO, Fritz Henderson, has conceded that the automaker will have to undergo a drastic restructuring that may include bankruptcy proceedings.

According to reports, the Obama administration foresees a much smaller GM operation than the automaker had been willing to accept under its previous CEO, Rick Wagoner, who was forced out on Monday. On Tuesday, Henderson said GM will abide by the administration's demands for restructuring, even if that involves a bankruptcy declaration. "So, if we can't do it out of court, we'll do it in court," Henderson said in a press conference, his first as CEO.

Bankruptcy would allow GM to expedite its restructuring plans and provide it with the power it needs to renegotiate labor agreements and obligations with bondholders who hold some 27.5 billion US dollars in unsecured GM debt.

But Henderson is hoping just the threat of bankruptcy will give GM leverage with the UAW, the union that represents auto workers, and with its creditors. His primary focus will be on a turnaround that avoids bankruptcy and gets the company back on a track to profitability as quickly as possible.

Henderson said he understands what is being asked of GM by its bailout benefactor, the US government, and is willing to make the tough choices his predecessor wasn't.

"Go deeper, go harder and go faster. We got it. We understand exactly what that means," he said.