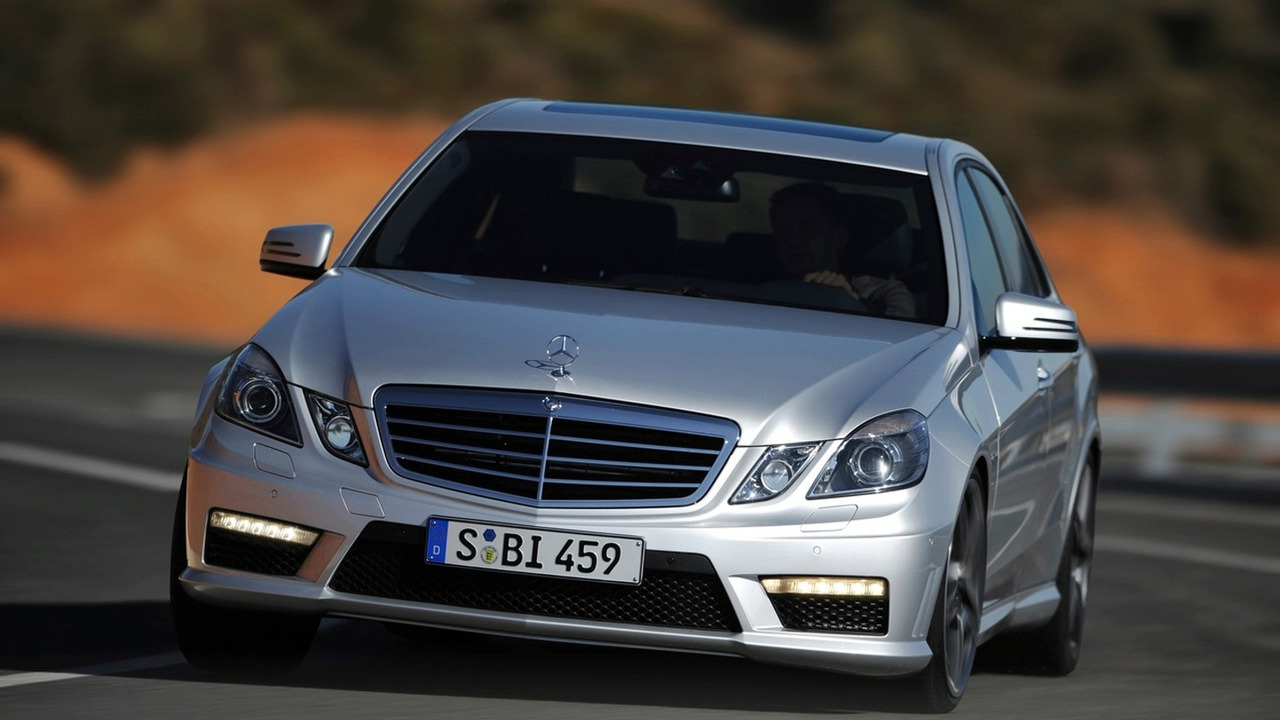 Details and first official photos of the 2010 Mercedes-Benz E63 AMG hve been unleashed ahead of its unveiling at the New York Auto Show. The AMG powerhouse sedan makes a heady 518bhp and 630Nm of torque.

Official information regarding the 2010 Mercedes-Benz E63 AMG sedan has been released along with the first batch of official photos. The E63 AMG now makes 518bhp (386kW) and 465lb ft (630Nm) of maximum torque compared to the current car's 507bhp (378kW) and the same amount of torque. Mercedes-Benz is sticking AMG's 6.3-litre naturally aspirated V8 on this one. Performance should be similar to that of the outgoing E63 with figures of 4.5 seconds for the 0 - 62mph sprint and a top speed of 155mph (249km/h).

Despite the minimal increase in power the car is said to quaff 12 percent less fuel resulting in an average consumption of 22.4mpg. One of the components credited for this is the Speedshift MCT 7-speed gearbox found in the SL63 AMG. It has four driving modes namely Controlled Efficiency, Sport, Sport Plus and Manual.

[Editor's Note] Press release first mentions 6.3-liter V8 engine and then later states 6208 cc. To comply with German law, Mercedes-Benz is required to round up the displacement figure to 6.3 when used for marketing purposes.