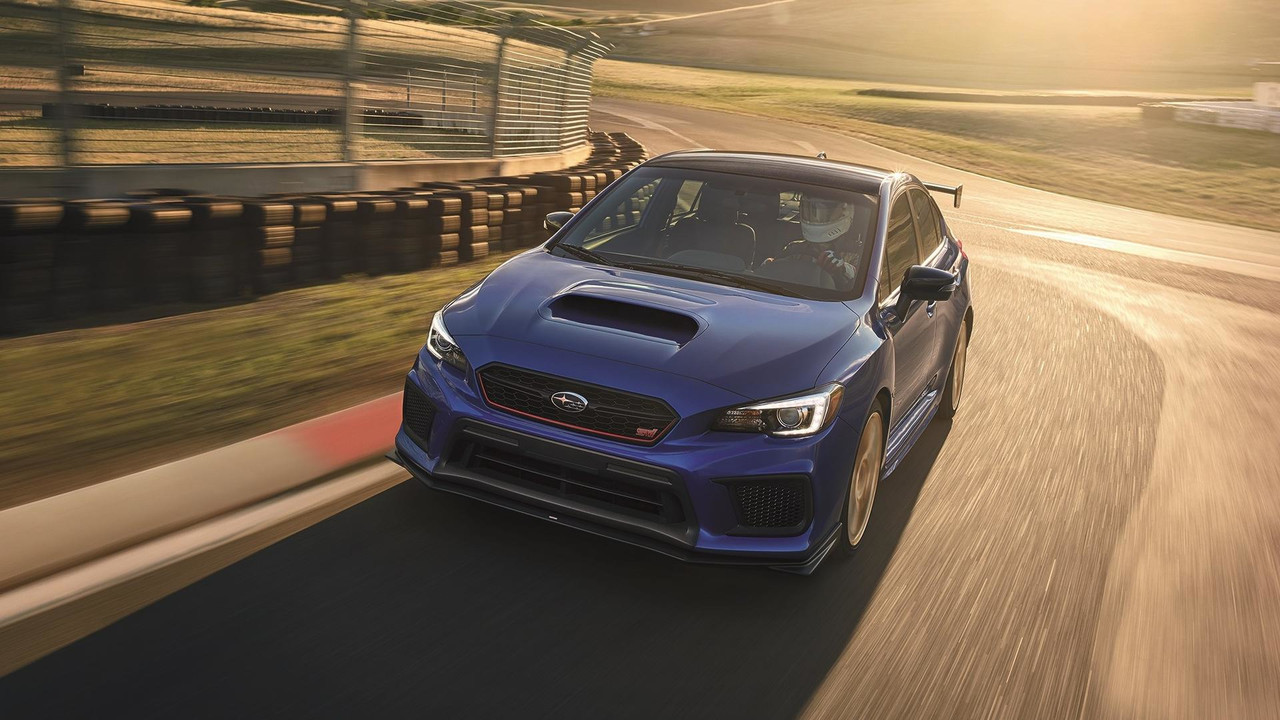 Features upgrades in all the right places.

Fans of hot Subarus are in for a treat as Subi has not one, but two special editions to showcase all in the same day. The first of the duo is a limited-run WRX STI Type RA (“Record Attempt”) bringing numerous upgrades, starting off with a power bump courtesy of a new cold air intake, a high flow performance exhaust, beefier pistons, and a remapped ECU.

Learn about the new BRZ tS tuned by STI:

The turbocharged 2.5-liter engine now delivers an estimated 310 horsepower (231 kilowatts), which represents an extra five over the standard WRX STI. There’s no word about torque just yet, but we remind you the regular model has 290 pound-feet (393 Newton-meters).

The boxer engine is hooked up to an updated six-speed manual gearbox featuring a revised third gear ratio and a short throw shifter to dial up the sportiness. Elsewhere, the high-performance sedan benefits from an optimized suspension with Bilstein dampers for both axles and an STI-tuned Vehicle Dynamics Control system to boost stability.

Behind the 19-inch BBS forged alloy wheels wrapped in 245/35R19 Yokohama Advan Sports tires are Brembo brakes with silver calipers and cross-drilled rotors enabling better heat dissipation. The list of upgrades doesn’t end here as the WRX STI Type RA also gets a carbon fiber roof and rear wing to shave off weight. For the same reason, you can say goodbye to the spare wheel. Subaru isn't saying for the moment how much fat its engineers were able to remove over the standard WRX STI, which tips the scales at 3,386 pounds (1,535 kilograms) before you add any options.

Beyond the hardware changes, the limited-edition sedan has received some visual enhancements to set it apart from the standard car. Only this version has Cherry Blossom Red accents around the front grille and the rear bumper cover, along with an STI under spoiler mounted at the front. In addition, the badges, side mirror caps, and antenna have been painted in black.

More changes have occurred inside where Subaru has installed a pair of body-hugging Recaro seats and an individually numbered plaque on the center console denoting only 500 cars will ever be made. All of them will come as standard with push-button start and keyless access, red stitching, and a steering wheel covered in Ultrasuede for improved grip and with a glossy black center spoke insert adorned by the “STI” logo.

Subaru mentions full specs and pricing details will be released in the coming months and the special edition is slated to go on sale in the first quarter of 2018. As a refresher, the regular WRX STI kicks off at $36,095 for the base trim and rises to $40,895 for the Limited model. Like with the BRZ tS, the hot sedan will be sold in the following shades: Crystal White Pearl, WR Blue Pearl, and Crystal Black Silica.

In related news, Subaru has announced it will return to the Nürburgring this summer with a “special race model” WRX STI Type RA NBR Special to try and take down the speed record for a four-door car around the Green Hell.