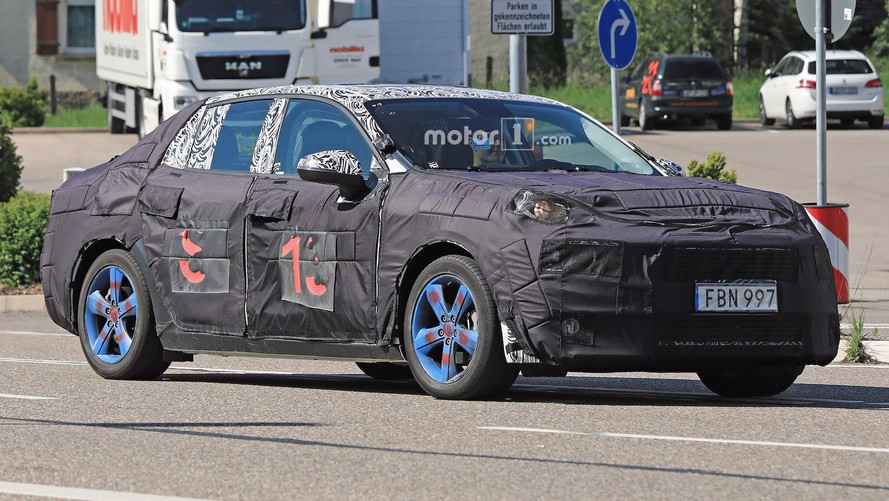 The new sedan will be unveiled in full later in the year.

Newly-formed Lynk and Co is less than a year old, but already the Geely-owned automaker has big plans for its future lineup. Following the debut of its 01 crossover concept in October, the company followed up with the dramatic-looking 03 sedan in April. Now it seems the latter of the two is finally being prepped for production.

New spy shots show the heavily camouflaged 03 sedan prototype testing on public roads in Europe. Though it doesn’t give us any new clues as to its final design, the production model should share a number of similarities with the near-production-ready concept we saw just a few months ago.

Using the S40 as its base, the Lynk and Co. 03 will ride on the new Volvo CMA architecture – meaning it will share nearly all of the same hardware with its Swedish sibling. Design wise, the sedan will borrow most of its cues from the 01 crossover, including features like headlights mounted high on the hood, and chunky five-spoke alloy wheels.

But even under all that heavy camo, it’s easy to distinguish a number of those cues. The headlights, wheels, L-shaped taillights in the rear, and the and the dual exhaust tips, likely to carry over from concept to production, will give the vehicle a more sporty vibe.

Both the 03 sedan and the 01 crossover will be unveiled in full later in the year. The two vehicles will go on sale in China in 2018, before jumping ship and heading to the U.S. and Europe sometime in 2019. No word on pricing, but expect both to use electric and hybrid electric powertrains exclusively.