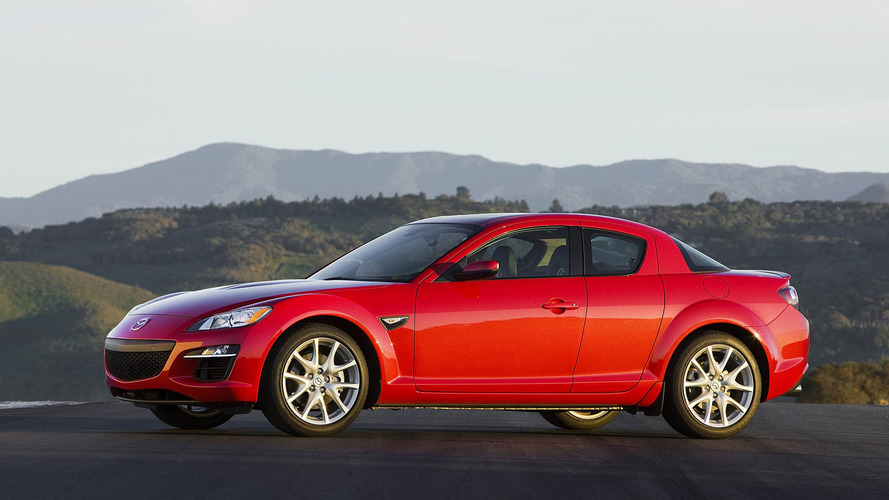 The two campaigns affect a total of 104,779 vehicles in the United States.

Mazda has issued two recalls for the RX-8 in the United States. The larger campaign affects 69,447 examples of the performance car from the 2004 through 2008 model years because of a problem with the fuel pump. The smaller issue covers 35,332 units of the vehicle from the 2004 model year because of a flaw with the ball joints.

The fuel pump problem affects units of the RX-8 with production dates from April 10, 2003, through February 18, 2008. The company’s investigation found that a weld on one of the main pump’s pipes could crack. Continued exposure to heat from the engine and exhaust can exacerbate the problem. Eventually, this can lead to a gas leak. The issue doesn’t affect the pipes for the model’s other fuel pump.

According to Mazda’s defect chronology, the company started investigating this problem in November 22, 2007. RX-8s with manufacturing dates after February 27, 2008 received a thicker part to prevent the cracking. The company received its first field report in the U.S. about this problem on January 20, 2017, during the repair of a separate fuel-pump-related recall, and the automaker decided to conduct this campaign.

Mazda will contact owners, and dealers will replace the fuel pump filter kit with an improved component.

The suspension problem affects examples of the RX-8 with production dates from April 10, 2003, through May 6, 2004. An inappropriate caulking process around the front suspension’s lower control arms can cause the ball joint socket area to crack. “If an abnormally large load is applied to the suspension during driving, the ball joint may separate from the socket. In the worst case, the vehicle may become unable to be driven,” according to the automaker’s report.

The company will contact affected owners, and dealers will replace the left and right front lower control arms with modified components.