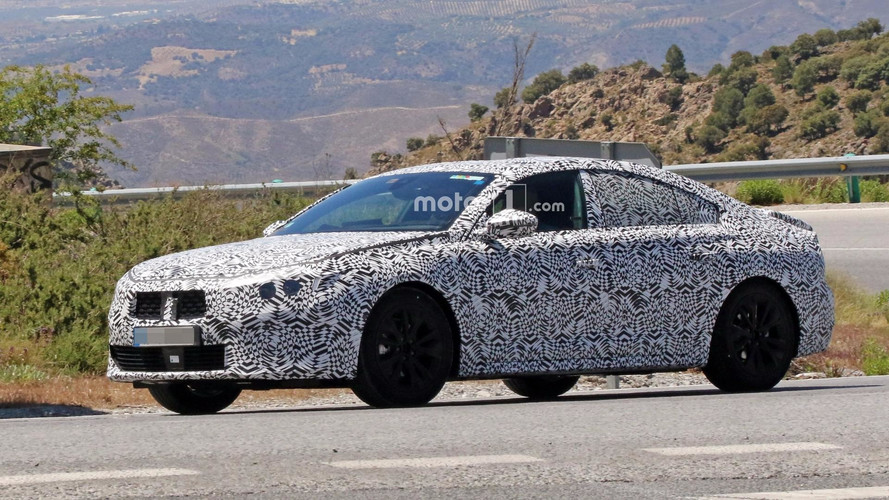 Despite the camo, it already looks promising.

Peugeot launched the 508 back in 2011, so suffice it to say, a replacement is long overdue. Main rivals such as the VW Passat, Skoda Superb, Ford Mondeo, and the Opel Insignia Grand Sport are much newer than PSA’s midsize sedan, but at least now the French are getting ready to introduce a new model. By the looks of it, the 508 has been redesigned from the ground up and is unlikely to share any body panels with the current and rather aging model.

It’s the second time when our spies take photos of the new model, but the initial batch of images from January actually showed the car hiding underneath a modified body sourced from the current 308 wagon with plastic cladding akin to the rugged 508 RXH. Now, the D-segment contender actually has its own production body and dare we say it looks substantially sleeker than the model is about to replace.

All the camouflage in the world can’t hide the heavily sloped roofline, which doesn’t come as a big surprise considering the stunning 2014 Exalt concept (pictured below) had a sexy side profile. In addition, the more recent Instinct concept shown earlier this year in Geneva might have also served as a preview for the new 508, possibly for the more practical wagon.

Already we can catch a glimpse of the headlight’s vertical strips of LED daytime running lights as well as the hood’s contour hiding beneath the grey tape. The center of the front grille is likely hiding Peugeot’s lion badge while at the back we can check out the dual exhaust tips and the taillights extending onto the trunk lid and boasting the familiar “tiger claw” graphics.

The new 508 might not be a sedan per se as it looks like the prototype might have a liftback configuration in the same vein as the Superb, Insignia, and the non-hybrid Mondeo. The transformation would pay dividends in terms of practicality as such a configuration makes it considerably easier to load and unload cargo.

Beyond the styling and possible body style change, the next-gen Peugeot 508 will be an entirely new car since it will switch to the PSA Group’s EMP2 platform and that should bring a healthy weight loss. Engines and gearboxes will likely mirror those of the recently facelifted 308 joined by a plug-in hybrid derivative.

Peugeot’s product director Laurent Blanchet revealed back in March the new 508 will be unveiled “quite soon,” so we might see its sleek metal as early as the Frankfurt Motor Show in September ahead of a sales launch early 2018. Rumor has it there won’t be an equivalent Citroën C5, at least not in Europe.