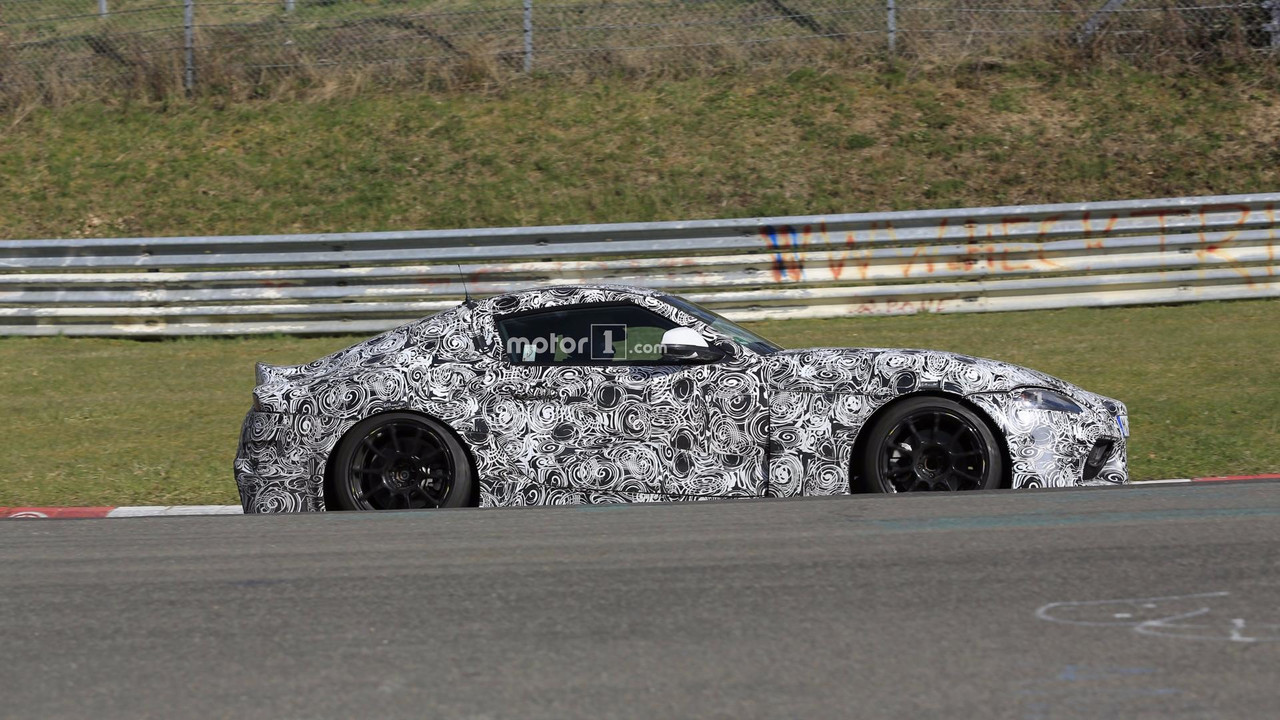 The highly-anticipated 2018 Toyota Supra is back in a new batch of spy photos taken at the famous Nurburgring track. The flagship sports car for the Japanese brand wears a bit less camouflage than the last time we saw it, but it’s still far from being uncovered.

How The Supra Drives:

These new shots reveal the shape of the massive air intakes in the front bumper and also give us a better look at the design of the taillights. Also, some of the extra body panels of the prototype have been removed, revealing more of the actual profile of the sports coupe.
While Toyota is in Germany to perform high-speed tests at the ‘Ring, British media is reporting the new Supra will be offered with a BMW automatic gearbox. Autocar has managed to take an interior photo of a prototype, which was equipped with BMW’s auto switchgear.

Interestingly, the climate control buttons, as well as the infotainment system with its accompanying rotary dial controller on the central tunnel, also appear to be shared with the Bavarian brand. Basically, this means the Supra will use not only an automatic transmission from its German colleagues, but also most of the interior electronics as well.

As we have already reported several times, the sports coupe will be powered by a hybrid system which will combine a BMW turbocharged gasoline engine and an electric motor. Autocar suggests, given the hybrid powertrain, the Supra could be offered exclusively with an automatic gearbox.

Earlier this year, Japanese media reported Toyota might show a near-production concept of the car at the Tokyo Motor Show in October. If that’s true, we might see the final production model by the end of the year or in early 2018. Production is scheduled to kick off sometime in 2018 at Magna Steyr’s Graz plant in Austria.