It will be the most customizable Kia ever.

The rumors were true. Kia is indeed using the “Stonic” moniker for its brand new B-segment crossover. It originates from combining “Speedy” with “Tonic” as a nod to the first and last note in the musical scale. Through this designation, Kia wants to show its high-riding model is going to be agile and will be a breath of fresh air in the hugely competitive segment where it will have to face the second-gen Nissan Juke, Renault Captur, as well as its sister model Hyundai Kona.

Besides revealing the crossover’s name, Kia has also dropped a trio of design sketches allowing us to get an idea about the Stonic’s appearance both inside and out. From these images we have confirmation the subcompact crossover will adopt a conventional design as opposed to the aforementioned Kona set to have split headlights along with other unusual design traits.

As with most design sketches released by automakers, the Kia Stonic is being illustrated here with oversized alloy wheels that you won’t find on the real deal. Same goes for the automatically retractable door handles and the massive exhaust tips at the back. The road-going crossover will also likely adopt a bigger greenhouse and larger side mirrors. In other words, it won’t look as cool as in these design sketches. Kia mentions the Stonic will inherit styling cues from its bigger brothers, the Sportage and Sorento, along with a sloped roofline on top of which will sit a “uniquely designed” roof rack. 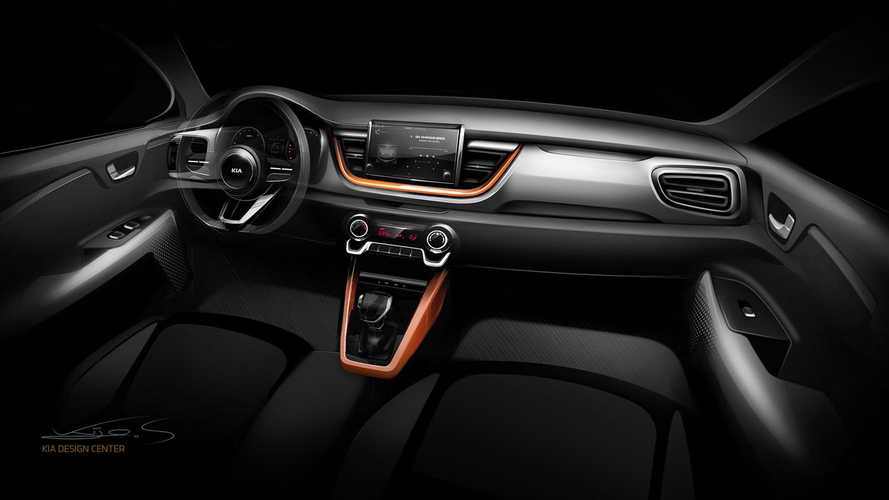 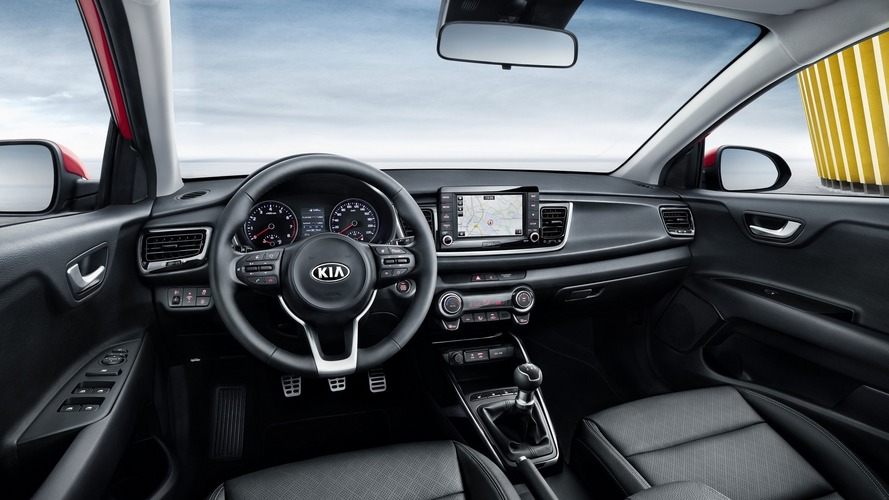 In regards to the interior, the teaser clearly demonstrates the new small crossover will have many things in common with the latest Rio supermini (pictured on the right). The overall layout is very much the same, albeit the air vents have a slightly different shape and the touchscreen for the infotainment system is a tad bigger after getting rid of the physical buttons flanking the display.

Kia isn’t saying a word about what will power it, but we’re expecting the Rio’s turbocharged 1.0-liter three-cylinder and quite possibly the new 1.4-liter unit seen in the latest Hyundai i30. In some parts of the world, there will also likely be a diesel in the form of a 1.4-liter CRDi. No word just yet about whether the Stonic will be available with an all-wheel-drive layout or it will be sold strictly as a FWD model.

Scheduled to go on sale in the second half of 2017, the Kia Stonic will probably be introduced at the Frankfurt Motor Show in September. As for the Hyundai Kona, it will be officially revealed next Tuesday.

Kia introduces the Stonic: an eye-catching and confident compact crossover

Kia’s new B-segment crossover will be named ‘Stonic’. An eye-catching and confident compact crossover with true European design flair, the Stonic is inspired by the form and function of larger Kia SUVs.
The name ‘Stonic’ combines ‘Speedy’ and ‘Tonic’, which refers to the first and last note in the musical scale. Thus, ‘Stonic’ suggests that the vehicle is agile and offers something new and fresh in the compact SUV segment.
A sweeping roofline and uniquely designed roof rack add a sporty look to the vehicle. The unique tail lamp graphics amplify Stonic’s young and futuristic appearance.
The car blends sharp horizontal feature lines with softer sculpted surfaces, and brings compact dimensions and a low centre of gravity to the class.
The European-designed cabin echoes the appearance of the exterior, with straight lines, smooth surfaces and geometric design forms. The Stonic’s interior places technology and ergonomics at its heart, with smart packaging maximising space for all occupants, and a ‘floating’ HMI (human-machine interface) seamlessly blending smartphone access with the car’s many functions.
On sale in the second half of 2017, the Stonic will be the most customisable Kia ever, inside and out.