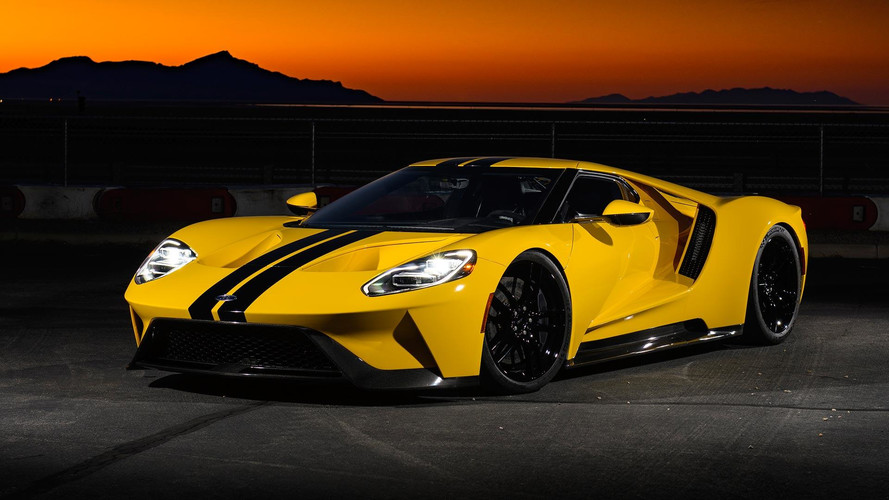 Chip Ganassi Racing is putting some of its star drivers into the cars for their runs up the course.

The Goodwood Hillclimb will feature some exciting Fords at this year’s Festival of Speed. The 1.16-mile course will feature amazing models from the Blue Oval, including the new GT and Mustang GT4 customer race car. Plus, Vaughn Gittin Jr. will be there in his Mustang RTR for Goodwood’s first Hillclimb Drift Championship. The Goodwood Festival of Speed will kick off on Thursday, June 29, with the Moving Motor Show and will run to Sunday, July 2.

The race version of the GT appeared at Goodwood last year. However, this will be the first time for the road-going version to hit the course. Ford will have professionals behind the wheel of its new supercar like Ford Chip Ganassi Racing drivers Andy Priaulx and Harry Tincknell. Fellow Chip Ganassi team member Billy Johnson will be behind the wheel of the Mustang GT4.

With 647 horsepower (482 kilowatts) from a 3.5-liter biturbo V6 at its disposal, the Ford GT doesn’t seem likely to beat the McLaren P1 LM’s production car record of 47.07 seconds up the Goodwood Hillclimb last year. We’ll be curious to see how close the Blue Oval will come to that time, though.

Ford will also have some more accessible vehicles on display at the event. For example, the new Ford Fiesta and S-MAX ST‑Line will make their public debuts to the United Kingdom at the event.

This year’s Festival of Speed will carry the theme Peaks of Performance – Motorsport’s Game-Changers. The organizers are promising highlights like the 1,000-horsepower turbocharged Formula One cars from the 1980s, Group 7 Can-Am racers, Grand Prix machines from the mid-1930s, and Group B rally cars. The lineup sounds amazing.

BRENTWOOD, Essex, June 6, 2017 – The road-going version of the Ford GT will make its first dynamic appearance in the UK later this month, in the hands of Ford Chip Ganassi Racing drivers Andy Priaulx and Harry Tincknell, at the 2017 Goodwood Festival of Speed.

Priaulx and Tincknell will be joined on the Hill by their team mate, Billy Johnson, swapping his usual seat in the Ford GT race car for the fearsome Ford Mustang GT4, a track-ready race car unveiled at the 2016 SEMA Show in Las Vegas, to tackle the challenging 1.16-mile Hillclimb course.

In addition to the track action, visitors to the Ford stand at Goodwood will discover models including the all-new Ford Fiesta making its UK debut. Also on show will be the Ford ST-Line range of Ford Performance-inspired models, including the Fiesta ST-Line.

Activities at Goodwood House, West Sussex, begin on Thursday, June 29 with the Moving Motor Show, followed by the Festival of Speed from Friday, June 30, to Sunday, July 2.

Ford media releases and further assets will be available at http://www.goodwood2017.fordpresskits.com from 08:00am, Wednesday, June 28.