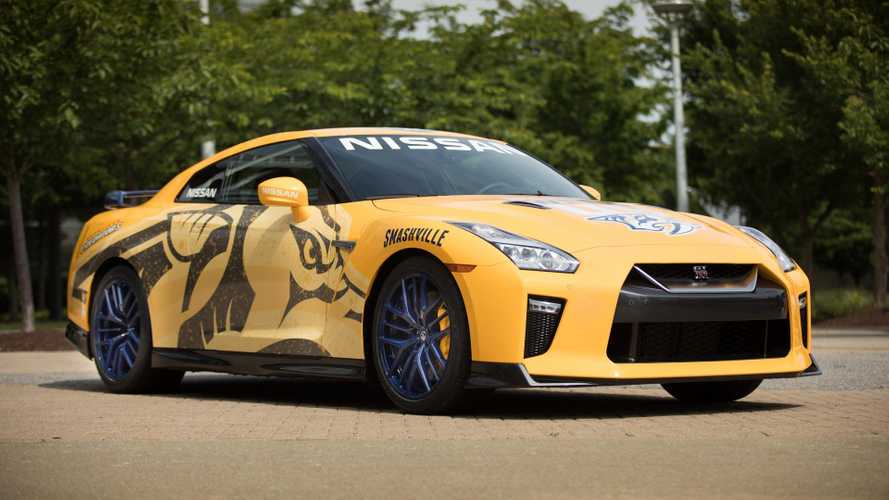 The supercar is valued at $109,990 by Nissan, but it might fetch more at the ongoing auction.

The third-generation Nissan GT-R (R32) was nicknamed “Godzilla” back in the late 1980s and now it’s being joined by the R35-based “Predzilla” as a nod to the 2017 Western Conference Champion Nashville Predators. Based on the GT-R Premium, the one-off car is appropriately dressed in the NHL team’s official colors and graphics with a predominately yellow paint and black body graphics representing the team’s logo.

Nissan wants $109,990 for a GT-R Premium before adding any options, but hopefully this particular car will fetch more than that at the auction considering it’s all for a good cause. The proceeds from the sale will be donated to the Predators Foundation and the money will be put to good use to help the Nashville community. At the moment of writing, the bid stands at $61,750 after 18 registered bids on www.Nissan.gesture.com. Alternatively, those interested in buying the special car can send the text “Nissan” to 52182.

Nashville Predators fans will be happy to hear the winner will not only receive the keys to a shiny new GT-R, but also two 2017-18 season tickets as well as a parking pass for the Sixth Avenue Garage.

The auction kicked off on Monday and will come to an end in October.

The Premium trim serves as the base GT-R model and comes with a titanium exhaust system together with the familiar all-wheel-drive system and a dual-clutch six-speed gearbox. At its heart is a biturbo 3.8-liter V6 engine with 565 horsepower and 467 pound-feet of torque. Not too bad for an “entry-level” version, right? The most expensive of the bunch is the $174,990 Nismo model with an uprated 600-hp engine, aerodynamic body kit, Recaro seats, and other upgrades.

As a final note, it’s not the first time when Nissan auctions off a unique GT-R as back in 2012 the “Bolt Gold” raised $193,191 for the Usain Bolt Foundation.

NASHVILLE, Tenn. – Nissan today announced the donation of a specially created 2017 Nissan GT-R supercar to the Nashville Predators Foundation, which supports a variety of local Nashville charities. The $109,990 GT-R Premium model is custom-painted in Preds’ official colors and graphics. The special Nissan GT-R will be the main attraction in an upcoming Predators Foundation fundraising auction that was also announced today.

"Nissan is proud to call the great city of Nashville home for our North American headquarters – and we are thrilled that our hometown Predators have come so far this season," said José Muñoz, Chief Performance Officer, Nissan Motor Co., Ltd.; Chairman, Nissan North America, Inc. "This supercar is dedicated to Nashville and Predators fans all over the world. We hope it raises a lot of awareness and funds for the work of the Predators Foundation."

The Nashville Predators Foundation has announced that the auction is now live. Fans can either text "Nissan" to 52182 or visit www.Nissan.gesture.com to bid on the car. Also included with the auction prize are two 2017-18 season tickets and a parking pass for the Sixth Avenue Garage to help you continue supporting the Western Conference Final Champion Predators!

"Today, Nissan is making the largest one-time contribution to the Nashville Predators Foundation and with that, giving one lucky bidder the opportunity to show off their Preds Pride every time they drive Predzilla," said Predators President and Chief Executive Officer Sean Henry. "Not only is this one-of-a-kind car going to be the envy around Smashville, it will also benefit many local charitable and community service organizations through the winning bid. With Nissan’s support for our community and passion for our team, we get to reach thousands more individuals all across Tennessee."