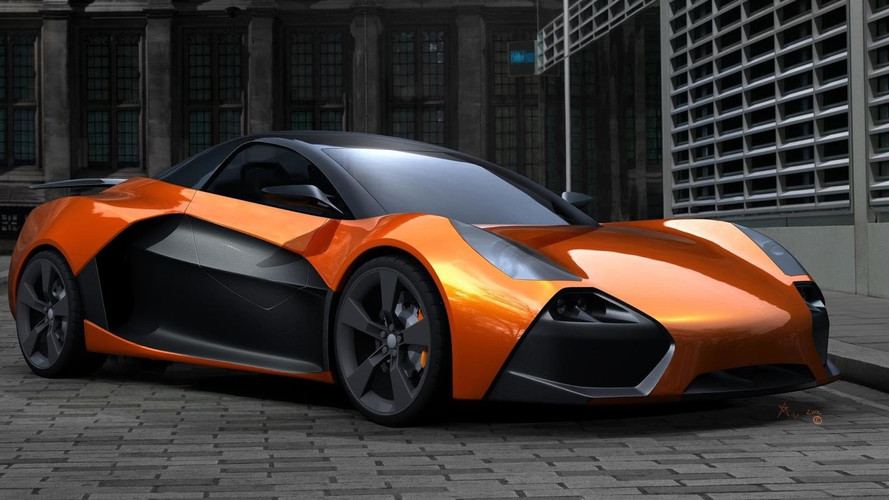 No power windows, no power steering, no ABS — it's a pure performance car.

Born in Slovakia, the Brutal S1 has been in development over the course of 10 years with the aim to embody the pure definition of a street-legal race car. It won’t wow you with its appearance, but that’s perfectly understandable considering the lightweight mid-engine coupe with gullwing doors is all about staying true to the form follows function principle.

Responsible for the wedge-shaped body is Jakub Štarman who was attending the Academy of Art and Design in Bratislava while drawing the car. Nowadays, he’s working for Skoda. The bespoke body is made from a combination of fiberglass, carbon fiber, and airex foam to keep the weight as low as possible. For the very same reason, the basic interior with a pair of bucket seats, roll cage, and simple instrumentation looks like it was taken from a thoroughbred race car. Even the "snow white" paint applied onto this near-production prototype features only the minimal coating thickness.

The end result is a performance car tipping the scales at 800 or 860 kilograms (1,763 or 1,895 pounds), depending on engine selection. The lightweight package comes at a price considering the car doesn’t have modern features like power windows, power steering, or even anti-lock brakes. Suffice it to say, it’s quite raw.

About the engine, the beefiest one available is a turbocharged 2.0-liter gasoline unit from Subaru developing a healthy 300 horsepower through a five- or six-speed manual gearbox. It enables the Brutal S1 to hit 60 mph (96 kph) in less than 3.9 seconds, which might not sound very impressive by today’s standards, but presumably this won’t be expensive to buy.

For now it’s only a prototype, although Brutal founder and engineer Marian Lušpai mentions people have already expressed their interest in buying the S1. Based on demand, the company could assemble up to six units each year at a yet undisclosed price tag.

Lušpai admitted the S1 is not a typical sports car, adding that some of the bits and pieces are sourced directly from race cars, such as parts of the suspension and brakes. In other words, it’s not exactly easy to life with on a daily basis — prompting the company’s head honcho to mention the S1 “is not a car you would take to the supermarket.”