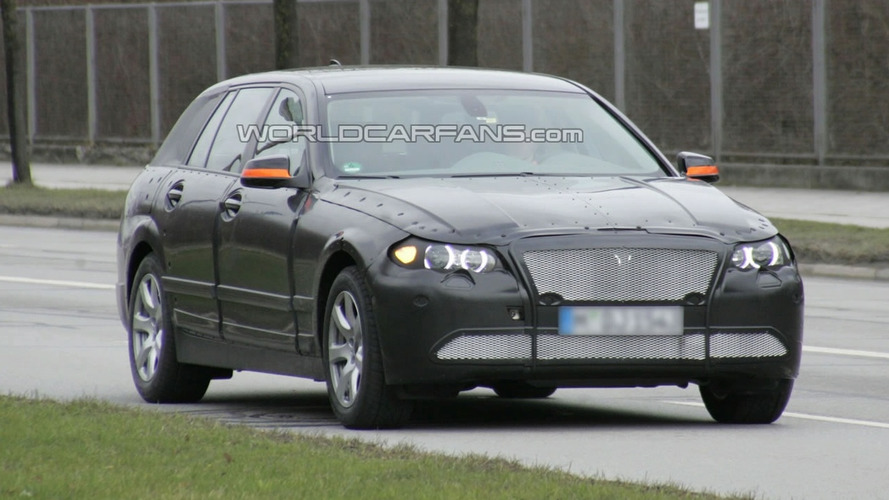 It appears the next-generation BMW 5 Series code named F10 will borrow quite heavily from the 7 Series. These new spy pictures of the Touring version show a little more skin at the rear. The taillamp lenses are more visible now. Tiny peeks of brake light shots as well as the light strip from the 7 Series that goes from one end to the other can be seen.

Up front things are less obvious. Only the halo rings around the four front headlights and indicators are visible but the shape of the headlight clusters cannot be made out although the configuration of all six front lights (including the indictors) seem to be arranged like those of the 5 Series GT Concept. It is assumed the bonnet and grille feature a look similar to the GT as well.

The 5 Series is expected to enter the market in Europe in 2010 to be followed shortly by the Touring range. Petrol engines such as the 3.0-litre twin turbo and the 4.4-litre V8 twin turbo will be part of the lineup. Diesel motors like the 2.0-litre twin turbo diesel will also power the 5, while a new hybrid system to be used in the 7 Series has been hinted.