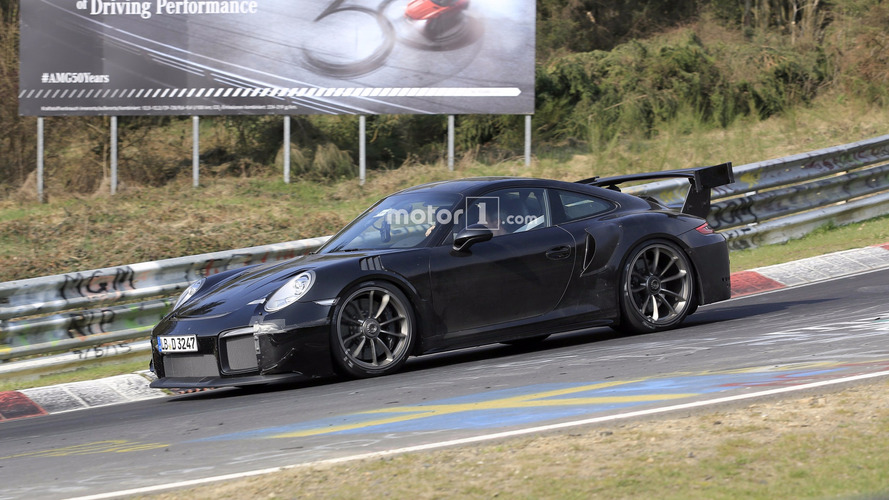 First things first — the name. It’s officially called “GT2 RS.” While the previous 997-gen was offered in both GT2 and GT2 RS flavors, it looks like Porsche has decided only the latter will be available for the 991. It’s not actually that big of a surprise considering spy shots of the next-gen 911 have been around for quite some time and the model will likely land in 2019, so the timing seems just about right to launch the range-topping version before the model’s retirement.

Its heart and soul will be a biturbo 3.8-liter engine sourced from the Turbo S, but with larger turbochargers, increased boost, and a newly developed exhaust system benefiting from a lightweight construction. Porsche GT boss, Andreas Preuninger, points out the new GT2 RS is not going to be just a souped-up Turbo S, adding the new top dog in the 911 family will be a “completely re-engineered car.”

For the moment, Porsche says the upgraded engine develops more than 641 hp (478 kW) and 553 pound-feet (750 Newton-meters) of torque, though these numbers are likely going to increase for the production-spec car. All that Stuttgart power will be channeled to the rear axle exclusively through a seven-speed PDK and an electronically controlled locking differential.

The new 911 GT2 RS is expected to tip the scales at less than 1,500 kilograms (3,306 pounds) thanks to thinner glass making use of Gorilla Glass technology like today’s smartphones. There’s still going to be some amount of sound-deadening material and Porsche will give buyers the possibility to get rid of the infotainment system and climate control to shave off fat. Speaking of going on a diet, an optional Weissach package in the same vein as the 918 Spyder’s will be available to cut 30 kg (66 lbs) by switching to magnesium wheels (-12 kg / 26 lbs), titanium roll cage (-7 kg / 15 lbs), a carbon fiber roof, and other goodies.

As for performance, Porsche estimates the 911 GT2 RS will need less than three seconds to hit 62 mph (100 kph) and under nine seconds to complete the 0-124 mph (0-200 kph) sprint en route to a top speed of more than 211 mph (340 kph). A hot lap of the Nürburgring might take less than seven minutes considering the GT3 does the job in 7m 12.7s. After doing three laps of the Green Hell, the car’s five-liter tank for the newly developed water spray cooled intercooler system will need to be refilled.

Pre-production is slated to kick off in the next few weeks, so the car will likely be revealed in full before the end of 2017. There’s a good chance we’ll see it live at the Frankfurt Motor Show in September. Details about pricing have not been disclosed, but it goes without saying it will be the most expensive 911 to reflect its flagship status and what will likely be very limited availability.