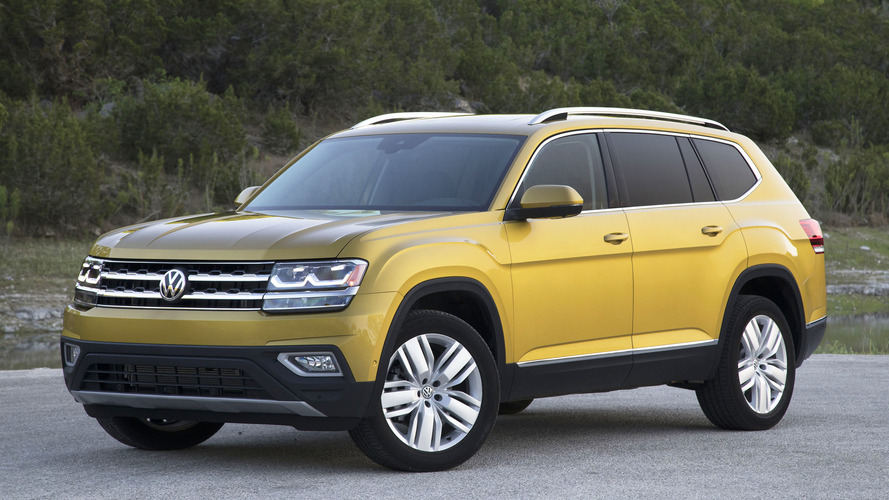 Compared to pre-Dieselgate figures, VW sales are still way off.

While most auto manufacturers are facing a hefty decline in sales through the first five month of 2017, Volkswagen of America posted a healthy 4.3 percent sales increase for May as compared to the same time last year. According to Automotive News, part of that bump is due to the company selling still-new 2015 diesel models that have received the manufacturers fix for emissions compliance. Also contributing to the sales growth is the manufacturer’s new three-row Atlas crossover, which found 1,610 buyers during its first month of sales in May.

The news sounds encouraging for the embattled manufacturer that has now endured nearly two years of the Dieselgate scandal. It’s true that sales appear to be picking up, however it’s not quite that simple. If we revisit May 2016 – when Volkswagen was positively reeling from the emission-cheating fallout – we see the manufacturer sold 28,779 vehicles that month compared to 30,014 for this year. That’s a modest step up for sure, but what were sales like before buyers started dropping VW like crazy?

For that we step back another year to 2015 – before Dieselgate was on the news feed of every auto-based outlet in the world –  and find that May sales totaled 34,758, versus 30,014 for this year.

That means Volkswagen’s May 2017 sales are up 4 percent from last year, but they’re actually down a whopping 12 percent compared to pre-Dieselgate activity. That's a far greater overall drop than other manufacturers have experienced so far through 2017, but to be fair, we also dug up 2015 sales figures for a few other automakers and did some comparing. Yes, we found an overall drop in sales between now and then, but the average decline was only around around 4 percent.

In other words, Volkswagen still has a very long, difficult climb ahead if the manufacturer hopes to reclaim its pre-scandal glory.

May 2017 also marks the start of sales for the all-new, Chattanooga, Tenn. built Atlas. Deliveries of the vehicle, which began mid-month, totaled 1,610 units.